At least two people have been killed in Poland after two Russian missiles exploded in the Polish village of Przewodów near the border of Ukraine — an action marking the first time the kinetic conflict between Russia and Ukraine has involved another country.

The missiles landed in NATO-member Poland as Russia conducted a “mass bombardment of Ukranian cities earlier today, which saw over 100 rockets launched,” according to Express UK.

Poland scrambled fighter jets following the explosions and the Polish military and prosecutors have already arrived at the scene of the blasts to conduct an investigation.

However, Reuters reports, Mueller cautioned media outlets from publishing “unverified information,” adding that pertinent details will be provided to the public at a later time.

Presently, conflicting reports are emerging in the aftermath of the explosion.

While the Associated Press (AP) cited a senior U.S. intelligence official who confirmed the explosion was the result of Russian missiles entering Poland, the Pentagon said it could not confirm that occurrence on Tuesday, per Reuters.

“I can tell you that we don’t have any information at this time to corroborate those reports and are looking into this further,” said Pentagon press secretary Brig. Gen. Pat Ryder, per The Hill.

Mariusz Gierszewski, a journalist for Polish station Radio ZET, reported that the blast could have resulted from Ukrainian retaliation to Russian fire.

“My sources in the services say that what hit Przewowo is most likely the remains of a rocket shot down by the Armed Forces of Ukraine,” a Google translation of a tweet from Gierszewski claimed on Tuesday.

Massive power outages were reported in Ukraine and neighboring Moldova after the strikes knocked out a key power line, AP reported.

Poland’s status as a NATO member has prompted speculation about the possibility that the explosion could prompt escalation in the conflict.

NATO members maintain a collective defense agreement, Article 5, which means that any attack against one member-country is considered an attack against all allies. The first time Article 5 was invoked was after the 9/11 terrorists attack on the World Trade Center in New York.

“My condolences to our Polish brothers in arms. Criminal Russian regime fired missiles which target not only Ukrainian civilians but also landed on NATO territory in Poland,” Artis Pabriks, Latvia’s defense minister, wrote on Twitter. “Latvia fully stands with Polish friends and condemns this crime.”

Though Russia’s missiles detonating in Poland appears to be unintentional, given member-country commitments under Article 5, it is unclear what the international response will be to a NATO country suffering civilian casualties resulting from Moscow’s military action.

As of the time of publication, no statement had been issued by the White House and there has been no statement through the Russian Foreign Ministry.

Editor’s Note: A previous version of this article did not include additional context that might be helpful to the reader, including: the Pentagon’s statement that details about the explosion could not be confirmed, a tweet from a Polish official regarding unconfirmed information, and reporting from a Polish journalist claiming Ukrainian retaliation could have caused the blast. 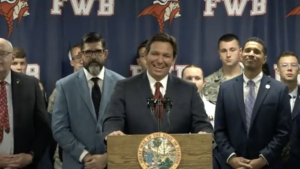