Kenosha County Judge Bruce Schroeder dismissed the firearm charge against Kyle Rittenhouse prior to the closing statements on Monday.

The charge dismissed by the judge was misdemeanor possession of a dangerous weapon by an individual under the age of 18 (Count 6).

BREAKING: Count 6 has been dismissed against Kyle Rittenhouse
(Possess dangerous weapon-person <18) #KyleRittenhouseTrial @fox6now
This happened during a discussion between judge, defense, and prosecution over jury instructions.

The judge determined that Rittenhouse was legally allowed to carry the weapon in Wisconsin.

Judge: Is rifle here now? We can measure. If barrel less than 16″ or an overall length less than 26″ I’ll deny motion to dismiss gun charge, otherwise I’ll dismiss the gun charge.

State: We are not disputing, it is not a short-barrelled rifle.

The dismissal came shortly after the defense team representing Rittenhouse filed a motion for a mistrial, citing “prosecutorial misconduct.” If the motion is granted, Rittenhouse cannot be re-tried for the same crimes.

In their motion to dismiss, the Rittenhouse’s lawyer Corey Chirafisi argued that prosecutors violated Rittenhouse’s rights by discussing his silence after the shootings and referencing a video that Judge Schroeder previously deemed inadmissible.

Chirafisi said that a mistrial should be declared “with prejudice,” because they believe the prosecution may have been acting in “bad faith.”

Rittenhouse is charged with killing two men and injuring a third during the violent Black Lives Matter riots in Kenosha in August 2020. The teenager maintains that he was acting in self-defense.

Closing arguments in the trial are scheduled to begin on Monday, with each side being granted 2.5 hours. Judge Schroeder has warned that if they go over the allotted time, “I may tell you to just sit down in the middle of your sentence.” 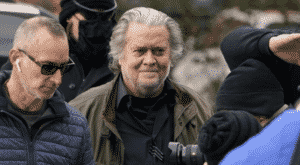