According to a press release, “Twitter, Inc. (NYSE: TWTR) today announced that it has entered into a definitive agreement to be acquired by an entity wholly owned by Elon Musk, for $54.20 per share in cash in a transaction valued at approximately $44 billion. Upon completion of the transaction, Twitter will become a privately held company.”

Board Chairman Bret Taylor said, “The Twitter Board conducted a thoughtful and comprehensive process to assess Elon’s proposal with a deliberate focus on value, certainty, and financing. The proposed transaction will deliver a substantial cash premium, and we believe it is the best path forward for Twitter’s stockholders.”

Parag Agrawal, Twitter’s CEO, who has been silent since the initial offer, said, “Twitter has a purpose and relevance that impacts the entire world. Deeply proud of our teams and inspired by the work that has never been more important.”

Musk said on Monday, “Free speech is the bedrock of a functioning democracy, and Twitter is the digital town square where matters vital to the future of humanity are debated.”

South African Immigrant and Entrepreneur Elon Musk is set to become the new owner of the social media platform.

Multiple sources have reported the news, including TMZ, Bloomberg, and more.

In early April, Musk purchased a 9.2% stake in the social media company. Within a week, he announced his bid to buy the entire company for roughly $43 billion in cash and take the company private, delisting it from the New York Stock Exchange. However, his endeavor was met with criticism and resistance by the company’s Board.

The Board announced a shareholder rights plan, often called a “poison pill,” as part of their effort to stop Musk from taking over. The media, politicians, and critics spoke out in fear of Musk’s focus on free speech. Multiple pundits have claimed the Tesla CEO’s purchase could pose a threat to democracy and transform the platform into an “arena of hate.”

However, Musk came back with a more substantial offer at the end of last week. In a filing with the SEC, Musk notified Twitter’s Board that he had secured $46.5 billion in total assets to close the company’s purchase.

Monday morning, Reuters had reported that the Board was finalizing details and would announce the deal at the end of business on Monday.

Since the news broke, there has been much criticism and concern from Twitter users, saying they will leave the platform if Musk’s purchase is successful. The hashtag #leavingtwitter was trending throughout the day Monday.

If @Twitter is sold to Musk I'm leaving! He will turn the platform into a pro Fascist platform NOT a platform of Free Speech!#LeavingTwitter#RIPTwitter#TwitterTakeover
# https://t.co/BlZg4uGtD1

This trend was also flanked by an ongoing call for Twitter to reinstate those who had been banned over the previous years. The primary call, also trending on Twitter Monday, was to reinstate former President Trump, who was banned after leaving office last January.

If Twitter accepts Elon Musk’s offer to buy it, the first thing he should do is reinstate Donald Trump.

The employees of Twitter have also expressed concern over Musk’s bid to improve the company, and create more transparency of technology. Musk has said many times he intends to losen the restriction algorithms that have created concern about the platform’s overreach of censorship and political agendas.

If any reporters reach out to me today, I will share the stories I’ve kept private about the fight to improve Twitter moderation policies at the Trust and Safety team over the last ten years.

Because this is what we’re going to lose if this deal goes through.

As of midday, no official announcement has been made by Twitter, and no additional filings have been submitted to the SEC regarding the purchase.

Musk has repeatedly said transparency was his focus to ensure there was no “behind the scenes manipulation” that would impact the power of free speech for Twitter’s users.

Q: Why offer to buy Twitter?@elonmusk: "Twitter has become kind of the de facto town square, so it's really important that people have both the reality and the perception that they're able to speak freely within the bounds of the law."

Elon Musk defined his view of a “healthy free speech situation” as the ability of “someone you don’t like to be able to say something you don’t like.” While he admits it can be “annoying,” he said it is essential for the continuation of such freedoms.

NOW – Elon Musk says free speech is when "someone you don't like is allowed to say something you don't like." pic.twitter.com/S2qJ9xBdLf

This is a breaking news story that will be updated throughout the day. 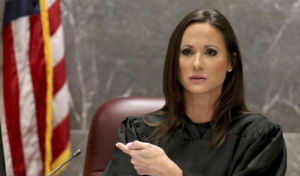