Decision Desk has projected that Republican Glenn Youngkin will win the highly contentious Virginia gubernatorial race and become the state’s next governor.

President Joe Biden had won the state by 10 points in 2020. Though it is considered purple, it has trended towards Democrats for the last decade.

Polls had shown that the race was exceptionally close, to the point where the winner was anyone’s guess. On the eve of the election, McAuliffe and Youngkin were tied in a dead heat.

Winsome Sears has also been projected to win the Virginia Lieutenant Gubernatorial Election.

Some expected that the race may not be called for several days, especially after Fairfax County announced that they would not be meeting their self-imposed 8 p.m. deadline for reporting its early vote ballots.

The race gained national attention as it was being referred to as the bellwether for the midterm elections.

Youngkin had focused heavily on the education system, championing parent’s rights and promising to end Critical Race Theory teachings on his first day in office.

“We know in our hearts it’s wrong,” Youngkin said during a rally over the weekend. “Dr. Martin Luther King implored us to judge one another based on the content of our character and not the color of our skin. Therefore, on day one, I will ban critical race theory in our schools.”

The new governor is a former private-equity executive who has never held a public office.

McAuliffe had run largely on comparing his rival to President Donald Trump and focused heavily on rallying the blue DC-area suburbs.

“Trump wants to win here so he can announce for president for 2024. That’s the stakes of this election. He’s trying to get himself off the map,” McAuliffe told a crowd of volunteers in Manassas on Sunday. “He wants to win here Tuesday and Wednesday, Donald Trump announces he’s running in 2024. Are we going to allow that to go on?”

“Guess how Glenn Youngkin is finishing his campaign? He is doing an event with Donald Trump here in Virginia,” McAuliffe said during a Monday night rally in Fairfax County. “I am here with you, and they’ve got Trump over there.”

Both candidates had attempted to encourage their supporters to vote early, something that appears to have paid off. According to the commonwealth’s Department of Elections, more than 1.1 million Virginians voted early. 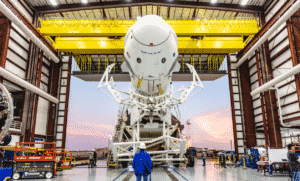