'As a result of this and with much consideration Bruce is stepping away from the career that has meant so much to him,' his family said

Bruce Willis, 67, has announced his retirement from acting after being diagnosed with a brain condition that affects his ability to understand language.

“To Bruce’s amazing supporters, as a family, we wanted to share that our beloved Bruce has been experiencing some health issues and has recently been diagnosed with aphasia, which is impacting his cognitive abilities,” the statement reads.

“As a result of this and with much consideration Bruce is stepping away from the career that has meant so much to him.”

“As Bruce always says, ‘Live it up’ and together we plan to do just that,” the statement concluded.

Willis’ acting career started in the early 1980s with multiple minor roles in independent projects. His career blossomed thanks to his starring role opposite Cybill Shepherd in the ABC series “Moonlighting.”

His most successful moment came with the role of John McClane in the 1988 action movie “Die Hard,” which put Willis at the helm of a major film franchise. He went on to star in other well-known films, such as M. Night Shyamalan’s thriller, “The Sixth Sense.”

Aphasia is a degenerative brain disease that can affect a person’s speaking and writing ability. According to the National Aphasia Association (NAA), the condition is an impairment of language, affecting the production or comprehension of speech and the ability to read or write.

The NAA states that the condition is consistently due to injury to the brain, most commonly from a stroke. 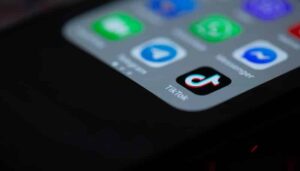