The Prime Minister has admitted to breaking lockdown rules and attending a social gathering in London, amid calls for his resignation

Boris Johnson has apologized to the public and Members of Parliament (MPs), admitting for the first time he joined a garden party during nationwide lockdowns in May 2020.

After denying he had knowledge of lockdown parties at 10 Downing Street, the British prime minister conceded that he had attended a catered gathering that his private secretary organized.

The event included more than 100 staffers who were told to “bring your own booze.”

The event was held at the height of the first coronavirus wave when ordinary citizens were forced to forgo weddings, funerals, school, office work, and parties.

In a statement delivered just before the weekly legislative session, the prime minister told a packed Commons chamber he “must take responsibility” for attending the event.

Johnson claimed he “believed implicitly this was a work event.” He told the chamber the Downing Street garden had been “in constant use” during the pandemic.

“I want to apologize,” he told MPs. “I know millions of people across the country have made extraordinary sacrifices. I know the anguish they have been through, unable to mourn their loved one, unable to do the things they love.”

“I know the rage they feel with me, with the government I lead, when they think the rules are not being properly followed by the people who make the rules.”

Johnson added: “When I went into the garden just after 6 pm on May 20, 2020, to thank groups of staff just after going back into my office, I believed implicitly this was a work event.”

“With hindsight, I should have sent everyone back inside, should have found some other way to thank them, and should have recognized that even if it could be said to fall technically within the guidance, there would be millions of people who did not see it that.”

The main opposition party leader, Sir Keir Starmer, said that Johnson’s response was “so ridiculous as to be offensive to the British public,” noting that “the British public think he is lying through his teeth.”

“The party is over prime minister – the only question is will the British public kick him out, will his party kick him out, or will he do the decent thing and resign?” Starmer added.

The Commons chamber was at capacity as MPs vied to see what the prime minister would say.

On Tuesday, a snap poll showed that two-thirds of respondents believe Johnson should resign in the wake of the scandal. 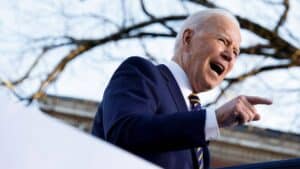