Body Found In Barrel On The Shrinking Shores Of Lake Mead

'it's likely that we will find additional bodies that have been dumped in Lake Mead,' said one Las Vegas police officer

On Monday, a barrel containing decomposing human remains was discovered by boaters on the shore of a drought-stricken Lake Mead in Nevada.

The morbid discovery was made by a visitor to the state park Sunday afternoon at Lake Mead National Recreation Area near Hemenway Harbor in Boulder City. The body was found in an area previously far from shore but has become part of the shoreline due to increasing drought conditions in the western region.

According to Las Vegas Metropolitan Police Department (LVMPD), Lt. Ray Spencer said the body appeared to have been dropped in the lake sometime in the 1980′s.

According to Spencer, the barrel was found in an area that was previously about 100 feet underwater and several hundred yards from shore 40 years ago.

“The lake has drained dramatically over the last 15 years,” Spencer said. The officer noted that “it’s likely that we will find additional bodies that have been dumped in Lake Mead” as the water level continues to drop.

According to Fox 5 News in Las Vegas, the LVMPD would begin looking through missing cases that date back to the 1980′s to try and identify the victim. Officers said they were unsure of how long it will take to identify the victim and noted that it is possible they may never have an identity.

“We will look into our missing person cases from that timeframe to see if we could get a lead even prior to the DNA,” Spencer said.

“There are some items we recovered that we will look through missing person cases to see if there’s even a potential. Granted, it’s a needle in a haystack, but right now we have nothing to go on,” he continued.

According to Spencer, it could take months to know if they will be able to extract DNA.

The body underwent an autopsy Monday morning; autopsy results were not yet available.

Lake Mead is the largest manmade reservoir in the country and a water source for millions of people. According to the state’s government, the lake has fallen to an unprecedented low due to drought conditions in recent years.

Plummeting water levels have exposed one of the reservoir’s original water intake valves for the first time. The valve has been in service since 1971 but can no longer draw water. It is part of a crucial system responsible for managing water resources for 2.2 million people in Southern Nevada, including Las Vegas.

As the water level continues to drop, it is likely more discoveries will be made and infrastructure exposed. 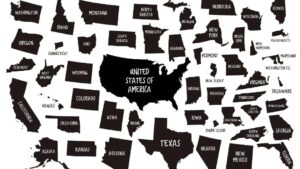