'This doesn't seem safe for us, this 990 structure — this nonprofit system structure,' said BLM founder

According to tax documents filed with the IRS, the foundation started by organizers of the Black Lives Matter movement is worth tens of millions of dollars after spending more than $35 million on various grants, real estate, consultants, and other expenses.

In a 63-page Form 990 shared exclusively with The Associated Press, the Black Lives Matter Global Network Foundation Inc. reports that it also invested $32 million in stocks from the $90 million it received as donations. The investment is expected to grow into an endowment fund to ensure the foundation’s future.

The form 990 also revealed millions of dollars in suspect spending, including large amounts paid to family as well as for real estate, private air travel, and more.

An additional independent LLC owned by Damon Turner, who fathered a child with Cullors, received a $970,000 fee for providing creative services and producing live events for the organization.

A consulting firm run by Shalomyah Bowers, the organization’s board secretary, was paid more than $2 million for providing BLM with operational support, which included staffing, fundraising, and other vital services.

The form 990 also shows Cullors reimbursed the organization $73,523 for a charter flight. The organization insists she took the flight in 2021 out of concern for the COVID-19 pandemic and its potential health risks.

The filing also refers to real estate that New York Magazine reported the group purchased for $6 million in Los Angeles with donor funds in October 2020.

The purchase of the opulent home was hidden behind an LLC acquisition. The mansion is reportedly dubbed “Campus” in internal emails from BLM. Cullors and other BLM leadership have since used the property as a backdrop for videos.

According to the emails obtained by New York Magazine, the property is also dubbed a “safe house” for leaders whose safety has been threatened.

This week’s IRS filing revealed that Cullors paid the foundation an additional $390 over her uses of the 6,500 square-foot mansion.

In addition, the tax records indicate that Cullors was the foundation board’s sole voting director and held no board meetings.

The tax filing shows the organization is still struggling to become secure. BLM currently has no executive director or in-house staff. Nonprofit experts have said that the BLM foundation seems to be operating as an organization with far fewer resources than it currently has available.

“It comes across as an early startup nonprofit, without substantial governance structure in place, that got a huge windfall,” said Brian Mittendorf, a professor at Ohio State University who focuses on nonprofit organizations.

Cullors resigned as the group’s CEO last May in the wake of revelations she had spent millions in donations on real estate for herself.

At an event hosted by the National Association of Nonprofit Organizations and Executives, Cullors said, “This doesn’t seem safe for us, this 990 structure — this nonprofit system structure,” she said. “This is, like, deeply unsafe. This is being literally weaponized against us, against the people we work with.”

She went on to say, “People’s morale in an organization is so important. But if their organization and the people in it are being attacked and scrutinized at everything they do, that leads to deep burnout.”

BLM was late to file its 2020 return which put the organization at risk of fines from the IRS.

Laurie Styron, the executive director of CharityWatch, said the filing delay was disconcerting. Styron said they should have filed their 2020 form by now.

“Like a giant ghost ship full of treasure drifting in the night with no captain, no discernible crew, and no clear direction,” she said.

Editor’s Note: A previous version of this story stated that Paul Cullors and Damon Turner received salaries of $840,000 and $970,000, respectively. The term “salary” was incorrect and has been replaced with the term “fee” for services rendered. We have further specified that the fees were paid to independently owned LLCs belonging to Cullors and Turner. 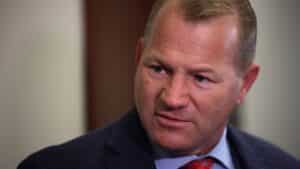