BLM Protestor Charged For Livestreaming Himself Outside Judge's Home

Recently unsealed charges reveal a Black Lives Matter protestor was charged with attempting to intimidate a judge after he live-streamed himself outside her front door.

Cortez Rice claims he was protesting Judge Regina Chu’s refusal to allow cameras in the courtroom during the trial of Kim Potter, a police officer who was charged with killing Daunte Wright during a traffic stop in April of 2021.

Potter has been charged with first- and second-degree manslaughter. At the time, the Brooklyn Center police chief Tim Gannon said Potter had intended to use a taser but instead reached for her gun. Both Potter and Gannon resigned following the killing. The city manager was also subsequently fired.

“Wright’s killing, which happened during the trial for Derek Chauvin, who was eventually convicted of murdering George Floyd, ignited several nights of protests in the city, mostly centered around the police station,” reports CBS News. “Protests spilled into other parts of the Twin Cities as well.”

Judge Chu serves in the Hennepin County District Court in Minneapolis. She had ruled no camera would be allowed in her courtroom during the trial. The high-profile nature of the case has already played a role in jury selection.

On Nov. 6, 32-year-old Rice livestreamed himself outside a condo door which he believed to be the judge’s home.

“We on her heels,” Rice says in the video, which was posted to YouTube.

“What she think,” he says, standing in the empty, twelfth-floor hallway. “We want cameras. The people deserve to know.”

“Waiting for the gang to get up here,” he adds.

In the recording, Rice yell’s Chu’s name and says “We demand transparency. We’d hate you to get kicked out of your apartment.”

It is unclear if the condo actually belongs to Chu. A man who lives in the unit told The Star Tribune that he bought the property from Chu and that she no longer lives there.

However, when she cleared the trial for broadcast, Chu noted that protest was staged “at the presiding judge’s home.”

Chu told police when they interviewed her that she believed Rice’s intention was to “intimidate her and to interfere with the judicial process.”

“I don’t know why people are saying I was there to intimidate her or anything because that wasn’t the case. I just made a live video on it and I was just there to make sure she can hear us,” he told The Star Tribune in November.

On Nov. 24, a warrant was issued for Rice’s arrest on felony harassment with aggravated violations, tampering with a juror, and retaliating against a judicial officer. He was arrested on Nov. 29 after being pulled over for speeding in Waukesha County, Wisconsin. The charges were unsealed on Dec. 3.

While he is currently being held in Waukesha County jail, Rice waived extradition and will be returned to Hennepin County to face charges.

While his live stream video has since been deleted from YouTube, police say copies are still circulating online. 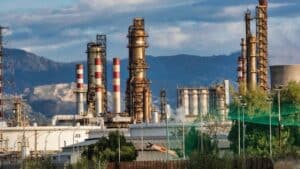