According to a New York Magazine report released on Monday, the national Black Lives Matter group purchased a $6 million mansion in Los Angeles with donor funds in October 2020 and took measures to keep the purchase a secret.

The group’s purchase of the opulent home was hidden behind an LLC acquisition. According to New York Magazine, the house contains more than a half-dozen bedrooms and bathrooms, a soundstage, a pool, a bungalow, and parking for more than 20 cars.

The expansive estate was purchased by Dyane Pascall, the financial manager for the LLC  Janaya and Patrisse Consulting.

Within a week of the purchase, ownership was transferred to an LLC in Delaware named after the property’s address, public records show.

The mansion is reportedly dubbed “Campus” in internal emails from BLM. The property has since been used by Cullors and other BLM leadership to serve as a backdrop for videos.

According to the emails obtained by New York Magazine, the property is also dubbed a “safe house” for leaders whose safety has been threatened.

BLM leadership offered a statement to New York Magazine regarding the purpose and use of the property. On April 1, Shalomyah Bowers, a BLM board member, said the house would “serve as housing and studio space for recipients of the Black Joy Creators Fellowship.”

The news of the home’s purchase comes as the foundation continues to face federal scrutiny for the alleged misuse of donated funds. The foundation has yet to file its 990 forms with the IRS since receiving its non-profit status in late 2020.

Cullors resigned as the group’s CEO last May in the wake of revelations she had spent millions in donations on real estate for herself. 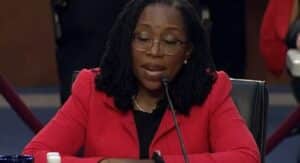