After a Los Angeles mansion was purchased by a real estate developer working for Black Lives Matter founder Patrisse Cullors for $3.1 million, the activist organization bought the property six days later for $5.8 million in cash.

The sudden increase in the property’s price raised questions.

According to a New York Magazine report released on Monday, the national Black Lives Matter group purchased a $6 million mansion in Los Angeles with donor funds in October 2020. BLM took measures to keep the purchase a secret.

On Wednesday, Cullors responded to questions over the cash purchase of the Studio City mansion, describing the criticism as “racist and sexist” in a post on her personal Instagram.

Cullors spoke out, calling the New York Magazine article “a despicable abuse of a platform that’s intended to provide truthful information to the public.”

She said that the author had “a proven and very public bias against me and other Black leaders.”

The expansive estate was purchased by Dyane Pascall, the financial manager for the LLC  Janaya and Patrisse Consulting.

The New York Post reported that the property was purchased from televangelists Shawn and Cherie Bolz on Oct. 21, 2020 for $3.1 million:

“Los Angeles County property assessment records consulted by The Post show the value of the two parcels combined as $3,321,580 on July 6, 2020, three months before Pascall’s purchase. That value nearly doubled after the purchase of the property. On Jan. 24, 2021, the assessment for the two parcels shot up to $5,888,000, records show.”

Pascall told The Post that he “paid the asking price” without elaborating further.

Within a week of the purchase, ownership was transferred to an LLC in Delaware named after the property’s address, public records show.

The mansion is reportedly dubbed “Campus” in internal emails from BLM. Cullors and other BLM leadership have since used the property to serve as a backdrop for videos.

According to emails obtained by New York Magazine, the property is also dubbed a “safe house” for leaders whose safety has been threatened.

BLM leadership offered a statement to New York Magazine regarding the purpose and use of the property. On April 1, Shalomyah Bowers, a BLM board member, said the house would “serve as housing and studio space for recipients of the Black Joy Creators Fellowship.”

The $2.7 million increase in value in less than a week has not been explained.

Editor’s Note: The article has been updated to include information on the initial $3.1 million sale and the assessed value of the property reported by The New York Post on Apr. 6, 2022. 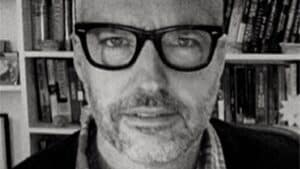