After more than a week of criticism and reporting on the details from media outlets nationwide, the Black Lives Matters Global Network Foundation (BLMGNF) issued an apology and defense for their pricey real estate purchase on Monday.

In a post on Twitter, the organization apologized for its choice to make the purchase and promised to “do better” in its future decision-making.

We know narratives like this cause harm to organizers doing brilliant work across the country and these reports do not reflect the totality of the movement. We apologize for the distress this has caused to our supporters and those who work in service of Black liberation daily.

“Despite past efforts, BLMGNF recognizes that there is more work to do to increase transparency and ensure transitions in leadership are clear,” the statement begins.

“We know narratives like this cause harm to organizers doing brilliant work across the country, and these reports do not reflect the totality of the movement,” it continues. “We apologize for the distress this has caused to our supporters and those who work in service of Black liberation daily.”

The group goes on to state that they are “redoubling our efforts to provide clarity about BLMGNF’s work.” They noted that in “the coming weeks, we will unveil new initiatives to increase transparency and accountability, and to continue reshaping what radical philanthropy looks like for Black people.”

The group noted that the purchase of the house was part of its effort to encourage creativity in Black people, something they state was crucial to the “survival” of their race.

They shared a link to an article that announced the “Black Joy Creators” Fellowship and Creator House from News One. The article carries an editor’s note stating the publication was “unaware of the concerns” surrounding the home and they were not aware the “property was already in possession.”

BLMGNF also used the Twitter thread to share some details on the use of funds that have raised concern and controversy. They stated that they had donated more than $3 million to COVID-related needs and about $25 million to various Black organizations. They shared various other details and projects, including investing in an UPLIFT concert for Black History Month.

Additionally, the group details its advocacy work around police violence and public safety. They used the moment also to state their support for the investigations into the events of the Jan. 6 Capitol riots.

They concluded the thread by stating the group was “embracing this moment as an opportunity for accountability, healing, truth-telling, and transparency. We understand the necessity of working intentionally to rebuild trust so we can continue forging a new path that sustains Black people for generations.”

According to a New York Magazine report released last week, BLMGNF purchased a $6 million mansion in Los Angeles with donor funds in October 2020. BLM took measures to keep the purchase a secret.

Last Wednesday, Patrisse Cullors, BLMGNF’s co-founder, responded to questions over the purchase, describing the criticism as “racist and sexist” in a post on her personal Instagram.

Cullors called the New York Magazine article “a despicable abuse of a platform that’s intended to provide truthful information to the public.” 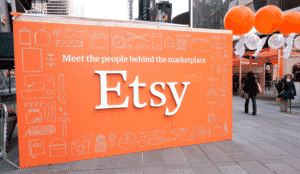