Bill to Classify Abortion as Homicide Advances in Louisiana

A bill that would classify abortion as murder passed the Louisiana House Appropriations Committee on Wednesday.

The “Abolition of Abortion in Louisiana Act of 2022,” or HB813, will be heading to the full House for a vote after passing in the committee with a vote of 7-2.

If passed, the state will “fully recognize the human personhood of an unborn child at all stages of development prior to birth from the moment of fertilization.”

The legislation would allow abortionists, women obtaining abortions, and people who assist them, to potentially be charged.

The lawmakers are seeking to get around Supreme Court rulings related to abortion, writing in the bill that it will be enforced “without regard to the opinions and judgments of the Supreme Court of the United States in Roe v. Wade and its judicial progeny, past and future.”

The bill adds that, if passed, Louisiana will, “treat as void and of no effect any and all federal statutes, regulations, treaties, orders, and court rulings which would deprive an unborn child of the right to life or prohibit the equal protection of such right.”

On Facebook, McCormick wrote that “if more than 15 states can defy the federal government over marijuana, we can do it to save the lives of innocent babies.”

“We can’t wait on the Supreme Court,” Rep. McCormick said of the bill. He added, “the taking of a life is murder and it is illegal. Louisiana law currently fails to provide equal protection for human life. Persons are deemed unworthy of legal protection for no other reason than they are not yet born.”

McCormick has also shared a website with a petition to “defy Roe v. Wade.”

“This is a bill to immediately end abortion in the state of Louisiana. No compromises, no more waiting,” Pastor Gunter said, according to a report from The Hill. “The bloodshed in our land is so great we have a duty … to protect the least of these among us.”

Louisiana already has a trigger law in place to fully ban abortions in the state if Roe v. Wade is overturned.

Earlier in the week, a draft opinion showing that the Supreme Court voted to overturn Roe v. Wade was leaked to Politico. 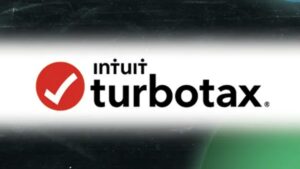 Intuit to Refund $141 Million to Users Over False Advertising