Biden's Push for E-15 Could Cost Drivers Thousands Of Dollars

'Additional data is needed on the potential impact associated with the use of E15 gasoline over time,' says AAA

In early April, President Biden announced his efforts to save the average driver money at the pump while helping the environment as he called on the Environmental Protection Agency (EPA) to approve the use of E-15 fuel nationwide.

In a Fact Sheet released by the White House last month, the administration stated that the EPA would be taking steps to temporarily allow the use of the E15, an Ethanol Gasoline mixture. The agency is set to issue a voucher enabling the sale of the fuel during the summer months.

The E15 blend can cost 10 cents per gallon less on average. The hope is to ease the national average gas price, which currently sits at $4.19 per gallon.

In the fact sheet, the White House said the choice of allowing the sale of E15 was the “latest step in expanding Americans’ access to affordable fuel supply and bringing relief to Americans suffering from Putin’s Price Hike at the pump.”

Under former President Trump, the EPA granted E15 a waiver for year-round use in 2019. However, the U.S. Court of Appeals for the District of Columbia Circuit struck down the rule last year. The decision was based on the fact that the E15 fuel contributed to pollution.

The more immediate concern facing consumers will not be the potential for a small amount of increase or decrease in pollution levels as a result of E15. The problem for most will be the thousands of potential dollars in additional expenses necessary as a byproduct of using the fuel.

According to the U.S. Energy Information Administration (EIA), pure gasoline will give drivers the most miles per gallon. Pure gasoline is most often replaced by E10, and vehicles using E10 will go 3-4% fewer miles per gallon. However, cars using E15 will go 4-5% fewer miles. This means the driver will need to fill up more often and draw more need for fossil fuels in the long term.

The most significant concern for most consumers will be the cost or wear and tear to their vehicle, even the potential of the car completely failing due to the use of E15.

According to AAA, everyone with a car older than 2012 should avoid purchasing E15 fuel. Many older model cars are not equipped to handle high levels of ethanol. The ethanol content in the fuel causes more corrosion to certain metals and the plastic surfaces of parts. In fact, in many cases, the fuel will separate in the car’s fuel tank, causing corrosion, which leads to rust and other particles interfering with the engine’s operation.

“While AAA supports the integration of alternative fuels into the nation’s fuel supply, additional data is needed on the potential impact associated with the use of E15 gasoline over time on the country’s vehicle fleet,” said AAA Vice President of Public Affairs Kathleen Marvaso.

The potential side effects of using E15 in a vehicle include degradation of engine operability in cold start-up conditions, shortening the expected life of a catalytic converter, and reduced fuel efficiency that could increase emissions. The lower fuel economy combined with depressed residual value will substantially increase the costs associated with owning and operating a vehicle.

Additionally, about ten car manufacturers, including Honda, Kia, Mercedes Benz, and Ford, no longer cover fuel-related claims for E-15. They say that E-15 now voids warranties. This reality hits the consumer right in the pocket.

Yet, the number of new cars approved for E15 has increased since 2019. BMW, Lamborghini, Mercedes-Benz, Mitsubishi, Mazda, and Volvo are among the holdouts who have not manufactured a FlexFuel engine in most of their fleets. A few Mercedes models are available as FlexFuel models, which can use up to E85.

Starting this year, you’ll need to be vigilant. If you own a car built since 2012, check the owner’s manual to see if you can use E15. If the manual doesn’t explicitly say it is okay to use E15, avoid using it.

Editor’s Note: Previously, this article had not been labeled “opinion.” That error has since been corrected. An additional paragraph has also been added to the conclusion. 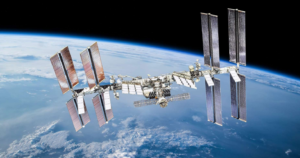