The 5th Circuit Court of Appeals lifted an injunction issued by a 2-1 vote.

The ruling states that the case is “a pre-enforcement challenge to a government-wide policy, imposed by the President.” It goes on to state that the injunction would create a lengthy court battle that is not necessary and that remedies under Civil Service law were created for this purpose.

A win for the administration, Thursday’s ruling said that the Texas judge did not have jurisdiction in the case.

During last month’s arguments at the 5th Circuit Court, lawyers representing the Biden administration stated that district judges in multiple jurisdictions had denied a challenge to the mandate for federal workers before the nationwide injunction was issued.

The administration argued that the Constitution gives the President the same authority as the CEO of a private corporation to require employees to be vaccinated.

Lawyers for those opposing the mandate pointed to a Supreme Court opinion that the government cannot force private employers to require employee vaccinations.

On Sept. 9, President Biden issued a mandate requiring roughly 3.5 million government workers to get vaccinated by Nov. 22 — barring a religious or medical accommodation — or face discipline or firing.

In January, U.S. District Judge Jeffrey Brown from Texas issued a nationwide injunction against the mandate. 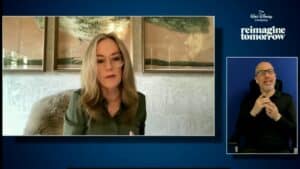