Since he entered D.C., President Biden has had a varying stance on the issue of abortion and access of reproductive healthcare

On Monday evening, a leaked document from Supreme Court Justice Samuel Alito indicated that the nation’s highest Court was likely to overturn the landmark 1973 case that solidified abortion access in the United States.

On Tuesday, President Biden released a statement expressing his concern the Court was set to overturn the ruling: “I believe that a woman’s right to choose is fundamental, Roe has been the law of the land for almost fifty years, and basic fairness and the stability of our law demand that it not be overturned.”

Biden noted an intention to codify abortion rights should the Court overturn Roe vs. Wade. He declared a “need [for] more pro-choice Senators and a pro-choice majority in the House to adopt legislation that codifies Roe, which I will work to pass and sign into law.”

However, Tuesday’s statements by Biden mark a stark contrast to an opinion he held years prior on the matter of abortion.

In 1982, when Biden was a Senator from Deleware, he voted to end Roe vs. Wade. Under former President Ronald Reagan, the administration was focused on ending abortion rights at the federal level. An amendment was proposed to the Senate Judiciary Committee to allow individual states to overturn Roe vs. Wade.

In March of 1982, Biden was among those lawmakers to vote in support of the amendment. Following the vote, he said, “I’m probably a victim, or a product, however you want to phrase it, of my background,” citing his Catholic upbringing. The details were covered in a New York Times article in 2019.

As a sitting Senator, this was not his only stance against abortion rights, as many sources have pointed out.

In 1974, one year after Roe v. Wade was decided, he said the ruling had gone “too far” and that a woman seeking an abortion should not have the “sole right to say what should happen to her body.”

In 1976, Biden voted for the “Hyde Amendment,” which would ban federal funding of abortions.

However, in 1981, he introduced the “Biden Amendment,” which prohibited foreign-aid funding of biomedical research involving abortion.

It was in 1982 when he cast his vote for a constitutional amendment allowing states to overturn Roe v. Wade.

However, he changed that vote in 1983, taking opposition to the constitutional amendment allowing states to overturn the precedent.

Then in 1994, when writing a letter to a constituent, the President shared that he had directly opposed abortion funding more than fifty times during his tenure as a senator.

In 1994, Biden wrote a letter to a constituent bragging that he has voted against abortion funding on 50 separate occasions. https://t.co/XiVbeBM32x

During his campaign for President in 2019, Biden changed his four-decade support for the Hyde Amendment, barring federal funding for abortion, the same week he professed his commitment to its protection.

“If I believe health care is a right, as I do, I can no longer support an amendment that makes that right dependent on someone’s ZIP code,” he said while campaigning in Atlanta.

Biden suggested that the amendment stands in the way of his goals of “universal coverage” and providing the “full range of health services women need,” which has been a large part of his administration’s goals. 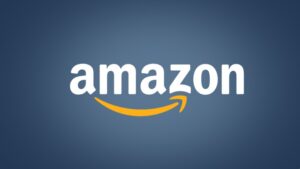 Amazon Offers $4,000 in Benefits to Employees to Travel for Abortion