The President continues to struggle with approval ratings amid a surge of inflation, the conflict in Ukraine and soaring crime in the US

President Joe Biden’s public approval rating fell to a new low of 40% this week, according to a Reuters/Ipsos opinion poll.

The poll, which was conducted on March 21 and 22, found that 54% of Americans disapprove of Biden’s job performance as the country struggles with soaring inflation and the Russian invasion of Ukraine.

The poll showed that the most significant concern for most Americans continues to be the economy, healthcare, rising crime rates, and immigration.

During his State of The Union Address, Biden addressed the rising crime in the U.S. by calling on elected officials to pass bills funding more law enforcement.

Biden has promised to create a more level tax structure in America. He has expressed his intention to create more jobs and reduce the cost of primary healthcare for most Americans.

Biden’s approval rating, down three percentage points from the prior week, reflects what his predecessor, Donald Trump, received at the same time in his presidency.

The Reuters/Ipsos poll is executed online in the United States. The latest poll gathered responses from 1,005 adults, including 432 Democrats and 366 Republicans. The poll has a credibility interval of 4 percentage points. 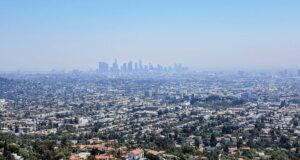