The latest numbers are from a Quinnipiac University poll released on Wednesday and show a four point decline since September. It is the lowest score he’s received from the American people since taking office.

More than half of Americans, 55 percent, said that the Biden administration is not competent in running the government.

“Battered on trust, doubted on leadership, and challenged on overall competency, President Biden is being hammered on all sides as his approval rating continues its downward slide to a number not seen since the tough scrutiny of the Trump administration,” Quinnipiac University’s Tim Malloy said in a statement.

“Though the troops are gone, America’s longest war still gnaws at the country. Weary of the seemingly endless conflict but wary of what was left behind, the majority of people still see boots on the ground as the firewall between a country in the grip of Western hating factions and the rest of the world,” Malloy said.

Nearly three-quarters of Americans, 72 percent, said that they are either somewhat dissatisfied (24 percent) or very dissatisfied (48 percent) with the way things are going in the nation today.

The survey questioned 1,326 adults between Oct. 1-4. The margin of error was 2.7 percentage points. 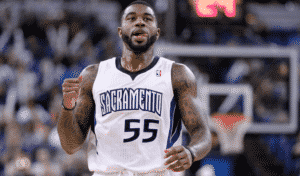