Biden Set to Announce $1 Billion In Military Aid to Ukraine

On Wednesday, President Biden is set to announce an additional $800 million in funding for Ukraine, which will be in addition to the $200 million that was announced on Saturday.

News of the additional assistance, first reported by The Wall Street Journal, highlights intense pressure on the White House from Congress and Ukrainian President Volodymyr Zelenskyy to find new ways to aid Ukraine.

The move for additional funding comes on the eve of Zelenskyy’s scheduled address to Congress on Wednesday.

During Zelenskyy’s Wednesday address, he is expected to outline a list of equipment the Ukrainians believe is needed to fight the Russian invasion.

According to the New York Times, the U.S. has stalled Zelenskyy’s request for planes amid fears that it could serve to escalate tensions between NATO and Russia.

The new list of requests includes weapons meant to help troops on the ground. The weapons request includes items such as Stinger missiles and anti-tank Javelin missiles. The request may also include other items such as armed drones and communication jamming technologies.

President Zelenskyy made a similar request during his appeal to the Canadian Parliament on Tuesday. During his address to Canadian leadership, Zelenskyy went further by appealing for Canadian lawmakers to push for a no-fly zone over Ukraine.

“We want to live, and we want to be victorious. We want to prevail for the sake of life,” Zelenskyy said. “Can you imagine when you call your friends and nations, and you ask to please close the sky, close the airspace, please stop the bombing? How many more cruise missiles have to fall on our cities until you make this happen?” 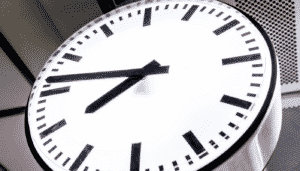