Biden Says He is Not 'Walking Back' Comments About How Putin 'Cannot Remain in Power,' Claims He Was Expressing 'Moral Outrage,' Not Policy

President Joe Biden said that he is not walking back his assertion that Russian President Vladimir Putin “cannot remain in power,” despite the White House’s desperate attempt to do just that over the weekend.

Biden claimed that he was “expressing moral outrage” and that what many perceived to be a direct call for regime change did not actually signal a shift in the US policy position.

“I’m not walking anything back,” Biden said on Monday. “The fact of the matter is I was expressing the moral outrage I felt toward the way Putin is dealing and the actions of this man.”

Looks like Biden is doubling down on his call for regime change in Moscow pic.twitter.com/5e6JgHvk77

Biden noted that he had just met with Ukrainian refugees prior to giving the speech.

“But I want to make it clear: I wasn’t then nor am I now articulating a policy change,” Biden said. “I was expressing moral outrage that I feel, and I make no apologies for it.”

Biden said that he does not believe that his rhetoric will complicate relations with Russia.

The comment in question was made outside the Royal Castle in Warsaw on Saturday.

“For God’s sake, this man cannot remain in power,” Biden declared at the conclusion of his speech, to the surprise of even the White House.

The White House quickly set out to correct the president, claiming that he was not, in fact, calling for regime change.

French President Emmanuel Macron was among those concerned about Biden’s remarks. Speaking to the French media, he stopped just short of outright condemning the US president.

Macron is criticizing Biden for calling Putin “a butcher”. The French president says it’s not constructive.

“I would not use that kind of language. If a ceasefire is to be brokered, we must not escalate — neither through words nor actions.” pic.twitter.com/REzBTzJWc5

Macron said that his goal is “achieving first a ceasefire and then the total withdrawal of [Russian] troops by diplomatic means.”

“If we want to do that, we can’t escalate, either in words or actions,” Macron asserted.

Macron stressed that while the US is a vital ally, and share many “common values”, it is the Europeans who live next to Russia.

Vyacheslav Volodin, president of the lower house of parliament, added that “Biden is weak, sick and unhappy.” 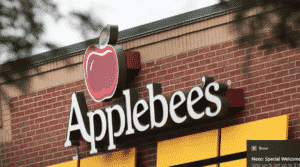