On Monday, President Biden revealed his 2023 budget that included proposals to reduce the national debt with tax increases targeting the wealthy while outlining military and environmental spending increases.

The White House released the budget proposal outlining a $5.8 trillion plan to fund the government for the fiscal year 2023.

“Budgets are statements of values, and the budget I am releasing today sends a clear message that we value fiscal responsibility, safety and security at home and around the world, and the investments needed to continue our equitable growth and build a better America,” said Biden.

The proposal includes $81.7 billion to the Department of Health and Human Services to help prepare for future pandemics. The Centers for Disease Control and Prevention would receive $9.9 billion in the budget to support infrastructure and fortify the workforce.

There are also line items that include $3.3 billion to fund clean energy projects and $18 billion for climate improvement programs.

The budget also includes a 20% tax on the ultrawealthy, including taxing unrealized gains from stock holding. White House officials estimate the tax would raise roughly $360 billion in new revenue over the next ten years if the budget is accepted.

Biden’s proposed budget comes weeks after Congress passed a $1.5 trillion spending package to fund the government for the remainder of 2022. 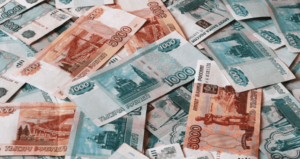 G7 Will Not Use Roubles To Pay For Russian Energy