Biden also unveiled a legislative proposal to bolster the federal government’s capacity to hold the Russian government accountable for the Ukrainian invasion.

“The cost of this fight is not cheap, but caving to aggression is going to be more costly if we allow it to happen,” the President said. “We either back the Ukrainian people as they defend their country, or we stand by as the Russians continue their atrocities and aggression in Ukraine.”

President Biden also said it was “critical” that Congress approves his $33 billion aid request “as quickly as possible.”

Thursday’s request from the President is much larger than the original $13.6 billion for Ukraine approved by Congress in March. Those funds were included in a $1.5 trillion spending bill signed into law last month.

During his press conference Thursday, Biden noted he has nearly exhausted the $3.5 billion in drawdown authorized for Ukraine included in the spending package.

“That’s why today, in order to sustain Ukraine as it continues to fight, I’m sending Congress a supplemental budget request,” Biden said. “It’s going to keep weapons and ammunitions flowing without interruption to the brave Ukrainian fighters and continue delivering economic and humanitarian assistance to the Ukrainian people.”

About $20.4 billion would go to additional security and military assistance. These funds would provide Ukraine and its Eastern allies with more artillery, armored vehicles, and anti-armor and anti-air capabilities.

An additional $8.5 billion in economic assistance would keep Ukraine’s government functions in operation. According to the White House, it would also be used to counter Russian disinformation.

Another $3 billion would be focused on humanitarian assistance to address worldwide food security needs caused by the war.

The White House fact sheet said $1.2 billion would “support Ukrainians entering the United States, including through the new Uniting for Ukraine program,” a sponsorship-focused program to streamline the acceptance of up to 100,000 Ukrainian refugees.

“Putin’s war, not sanctions, are impacting the harvest of food and disrupting the movement of that food by land and sea to nations around the globe that need it,” the President said.

In his proposal, the President aims to make it easier to seize assets and target property used to facilitate the evasion of sanctions. The proposal also seeks to increase the capacity to work with international partners in the recovery of assets linked to foreign corruption.

According to the White House, an additional $500 million would be directed to domestic food production assistance to support the production of U.S. food crops that are experiencing a global shortage due to the war in Ukraine. 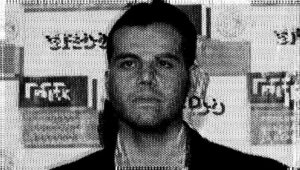 Sinaloa Cartel Prince No Longer Sanctioned According To Treasury Department