Biden May Opt to Use Emergency Powers Against Oil Companies

US Secretary of Energy will hold emergency meeting with oil execs

President Joe Biden sent a letter to United States oil companies on Wednesday wherein he reserves the right to use emergency powers to try and lower fuel prices.

His letter comes just days after gas prices across the United States averaged more than $5 per gallon for the first time in history. Biden’s message to oil executives also comes amid his own cratering polling numbers. As of Jun. 14, Biden’s approval rating is more than 10 points lower than President Donald Trump’s at the same point in his presidency, according to Rasmussen.

President Biden said Russian President Vladimir Putin’s “war of aggression” is responsible for the rise in oil prices. He also blamed oil companies, stating that the sharp rise in gasoline prices is caused by a disconnect between the costs of oil and gas.

“The last time the price of crude oil was about $120 per barrel, in March, the price of gas at the pump was $4.25 per gallon. Today, gas prices are 75 cents higher, and diesel prices are 90 cents higher,” Biden wrote. “That difference – of more than 15% at the pump – is the result of historically high profit margins for refining oil into gasoline, diesel and other refined products. Since the beginning of the year, refiners’ margins for refining gasoline and diesel have tripled, and are currently at their highest levels ever recorded.”

The President’s letter follows a letter sent to him this spring by oil executives, who blasted him for treating them as enemies amid the U.S.’s rising gas prices.

“We certainly understand first-hand the impacts higher costs, driven by inflation and related factors, can have on small businesses and their employees,” the letter from oil executives to Biden said. “However, there is a key challenge standing in the way of unity: the words and actions of you and members of your administration.”

“From the first day of this administration, the very tone and tenor of your administration’s attitude toward oil and gas production in the U.S. – and the people who make it happen – has been consistently and openly hostile. For example, key members of your administration have repeatedly singled out U.S. oil and gas as the primary driver in the causes of climate change – a position that just does not square with the facts, given other factors in the U.S. economy as well as the extraordinary harmful pollutants emitted by international bad actors such as Russia and China – and indicated oil and gas production must come to an end in the United States. A position the administration continues to take today.”

Signatories of the letter referenced the numerous actions taken by the Biden administration, since his first day in office, which have had an impact on rising gas prices.

“Now, should there be any doubt that your hostility toward our industry was just words, on day one of your presidency you personally cancelled the Keystone XL Pipeline. A week later, you issued an executive order enacting a moratorium on new leasing on public lands and waters,” the letter stated. “That moratorium has become a de facto ban by virtue of inaction by the Department of the Interior and litigation overturning the offshore sale which your administration has not sought to appeal. In fact, your administration then did not resume new lease and permit work until a court in Louisiana – in response to a lawsuit – forced your appointees to resume action.”

Biden, however, is urging the companies themselves to find ways to take stronger action to increase the supply of gasoline.

“My Administration is prepared to use all reasonable and appropriate Federal Government tools and emergency authorities to increase refinery capacity and output in the near term, and to ensure that every region of this country is appropriately supplied,” the White House statement said. “Already I have involved emergency powers to execute the largest Strategic Petroleum Reserve release in history, expand access to E15 (gasoline with 15% ethanol), and authorize the use of the Defense Production Act to provide reliable inputs into energy production. I am prepared to use all tools at my disposal, as appropriate, to address barriers to providing Americans affordable, secure energy supply.”

Biden mentioned in the letter that Jennifer Granholm, the U.S. Secretary of Energy, will be holding an emergency meeting with oil executives in the near future. He asked oil companies to work with his administration on concrete, near-term solutions that address the crisis. 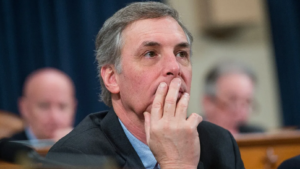