This week, President Biden compared Capitol Hill Police squads that responded to the January 6th riots with high school baseball teams who erupt in brawls after away games.

“All kidding aside, I got to know you,” Biden said to officers at the White House during a medal ceremony for first responders who defended the US Capitol.

“You’re the same ones after a ballgame in a visiting field who come walking out of the gym after you won and you may get jumped by the other team or their supporters. You may be all by yourself, the only one standing there, when you watch six people jump one of our teammates. What the hell would you do? You’d jump in, you’d jump in, knowing you’re gonna have the hell beat out of you, too.”

“A police officer is not what you do, it’s who you are,” he concluded.

“The bill signed by Biden awards the Congressional Gold Medal to the US Capitol Police and the DC Metropolitan Police Department for fighting off Trump supporters who smashed into the Capitol and disrupted certification of Biden’s victory in the Electoral College,” reports the New York Post.

“My fellow Americans, let’s remember what this was all about. It was a violent attempt to overturn the will of the American people, to seek power at all costs, to replace the ballot with brute force,” the President stated. 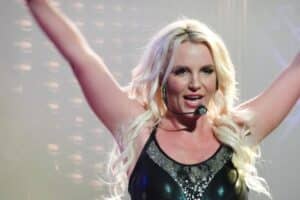 Britney Spears is the New Celebrity Face of Catholicism