On Sunday, after a mass shooting in Sacramento took the lives of six people, President Biden elaborated on the government’s position on gun control.

In his remarks from the White House, Biden took aim at the firearm industry and called for more legislation and gun control nationwide:

“We must do more than mourn; we must act. That is why my Administration has taken historic executive action to implement my comprehensive gun crime reduction strategy — from standing up gun trafficking strike forces to helping cities across the country expand community violence interventions and hire more police officers for community policing.”

The President also reiterated his push to add more funding to the local police to help control violent crime: “Pass my budget proposal, which would give cities more of the funding they need to fund the police and fund the crime prevention and intervention strategies that can make our cities safer.”

Police say three men and three women were among the victims. As of late Sunday, the names of all of the victims had not been released. However, family and friends have identified two as Sergio Harris, 38, and DeVasia Turner, 29, as reported by The Sacramento Bee and ABC10. At lease a dozen other victims were injured in the shooting.

California has some of the strictest gun control laws in the country. However, the state has no legislation related to the victims of gun violence. New York State, on the other hand, has passed laws allowing victims to sue gun manufacturers for shootings. California has been working to pass laws that would hold gun manufacturers accountable for incidents like Sunday’s shooting.

Last Fall, President Biden repeated his support for abolishing a 2005 federal statute that provided gun manufacturers immunity from being sued by victims of gun violence. The Protection of Lawful Commerce in Arms Act safeguards gun manufacturers and firearm dealers from being held responsible when their products are used to commit violent crimes. 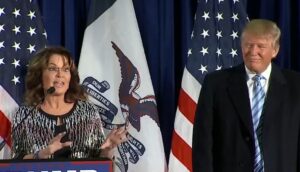