President Joe Biden asked if Republican Rep. Jackie Walorski was in attendance at a White House event on Wednesday, but the lawmaker died in a car accident last month.

Biden was honoring the officials who helped to make the White House Conference on Hunger, Nutrition, and Health happen when he got to Rep. Walorski.

“Jackie are you here? Where’s Jackie?”

On August 3, Walorski and three other people were killed in a head-on collision in Indiana, including her district director Zachery Potts, 27, and her communications director Emma Thomson, 28.

The driver and sole occupant of the other vehicle, Edith Schmucker, 56, was also killed in the crash.

It is with a heavy heart that I am sharing this statement from the Office of Congresswoman Jackie Walorski. pic.twitter.com/UEPoKBDf5N

At the time, Biden’s administration had put out a statement mourning her death.

At the time, Biden issued a statement mourning her death pic.twitter.com/87QzWUMgdt

“Jill and I are shocked and saddened by the death of Congresswoman Jackie Walorski of Indiana along with two members of her staff in a car accident today in Indiana,” the statement began.

The statement had even acknowledged her work on the White House Conference on Hunger, Nutrition, and Health.

“We may have represented different parties and disagreed on many issues, but she was respected by members of both parties for her work on the House Ways and Means Committee on which she served,” the statement continued. “She also served as co-chair of the House Hunger Caucus, and my team and I appreciated her partnership as we plan for a historic White House Conference on Hunger, Nutrition, and Health this fall that will be marked by her deep care for the needs of rural America.” 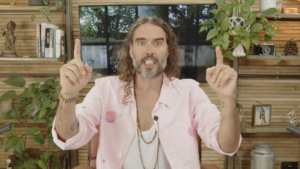