President Biden is set to speak with Russian President Vladimir Putin on Thursday amid increased worries of a full-scale invasion of Ukraine.

Tens of thousands of Russian troops remain near Ukraine’s borders. This reality, coupled with abrasive rhetoric from Russian leadership and state propaganda regarding Ukraine, has kept many state heads concerned over a growing conflict.

The tension has risen eight years after Russia seized the Crimean Peninsula, sparking a war in Ukraine’s eastern provinces known as Donbas.

Continued sanctions have not brought that conflict to an end, resulting in approximately 14,000 deaths.

U.S. officials have remained unsure if Putin has decided to invade the region again. However, Biden has already stated U.S. forces will not come to Kyiv’s aid in a future conflict.

Biden’s administration is hopeful that deterrence and diplomacy will thwart Putin’s potential plans.

A senior administration official told ABC News they “cannot speak to why the Russian side has requested the call,” but they did imply it appears both leaders are confident in reaching a diplomatic agreement.

“I think we are at a moment of crisis and have been for some weeks now given the Russian build-up and that it will take a high level of engagement to address this and to try to find a path of de-escalation,” the official told ABC News on Wednesday.

On Tuesday, officials confirmed that U.S. and Russian diplomats would meet on Jan. 10 to discuss security concerns on either side.

Due to the growing threat of conflict, the U.S. Embassy in Kyiv is making emergency preparations in case it needs to evacuate non-emergency personnel or diplomats’ families.

The embassy is seeking additional security staff to temporarily fill in next month, in case of Authorized or Ordered Departure.

Contrary to news reports, U.S. gov’t is not currently considering evacuations of government personnel or American citizens from Ukraine. We conduct normal contingency planning, as we always do, in the event the security situation severely deteriorates. https://t.co/0Y5V9TL49p

Early in December, the State Department updated its travel advisory for Ukraine to include a warning about “increased threats from Russia.” The advisory had been at the highest level for months because of the COVID-19 pandemic. But it expanded the warning to say, “U.S. citizens should be aware of reports that Russia is planning for significant military action against Ukraine.” 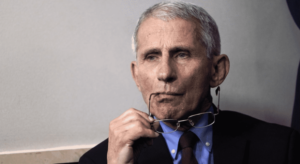