During a Sunday appearance on MSNBC’s The Sunday Show, a senior advisor to President Biden said there was a “MAGA Republican agenda” to destroy the country.

“This MAGA Republican agenda is a very dangerous agenda,” Bottoms said regarding Republican House Minority Leader McCarthy’s Commitment to America plan announced last week. “If this is a plan that is a preview to what we should expect should MAGA Republicans control congress in November, then I think that we should all be concerned.”

White House senior adviser Keisha Lance Bottoms says the "MAGA Republican agenda" is "a danger to our democracy, a danger to our way of life." pic.twitter.com/taQ5gn3PCq

Bottoms discussed strategy to convince Americans to allow Democratic control of government to continue this November despite interest rate increases, rising gas prices, and the stock market plummeting. Bottoms suggested those who “care” about Democratic policies, including abortion rights and climate change, would take into consideration which political party represents their values during the election. She went on to lodge criticisms at “MAGA Republicans.”

“I think it will be important for all of us who care about the United States of America to call out what we see,” Bottoms continued.

“What we see, again, with this MAGA Republican agenda, is an effort to disrupt our democracy, so, whether it be through November and beyond November, I think it will always be important to call out any effort there is to … essentially, destroy the United States of America. President Biden has been very clear, he wants to work in a bipartisan effort. He has worked in a bipartisan effort, he’s been able to get things done on behalf of our country. But when you have a MAGA Republican agenda that has no respect for the Constitution, that has no respect for free and fair elections, then it is important for all of us — not just the president, not just me — for all of us to call it out for what it is. It is a danger to our democracy; it is a danger to our way of life.”

“There’s no question that the Republican Party today is dominated, driven, intimidated by Donald Trump and the MAGA Republicans. And that is a threat to this country,” Biden said. “MAGA Republicans have made their choice. They embrace anger. They thrive on chaos. They live not in the light of truth, but in the shadow of lies. Together, we can choose a different path.”

Biden concluded his speech by appearing to urge Americans to “preserve democracy” and vote against “MAGA Republican” ideology. 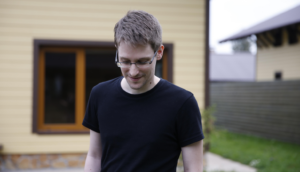