The program has distributed an estimated 600,000 tests

The federal government will end a program that sends Americans free COVID-19 testing kits at home after citing a lack of funding from Congress.

Roughly 600,000 million tests have been distributed through the program.

“Ordering through this program will be suspended on Friday, September 2 because Congress hasn’t provided additional funding to replenish the nation’s stockpile of tests,” reads a banner on COVID.gov, a portal created by the Department of Health and Human Services to facilitate orders.

“If Congress provides funding, we will expeditiously resume distribution of free tests through covidtests.gov,” an unnamed senior White House official told NBC News. “Until then, we believe reserving the remaining tests for distribution later this year is the best course.”

“We have warned that congressional inaction would force unacceptable tradeoffs and harm our overall Covid-19 preparedness and response — and that the consequences would likely worsen over time,” the source added.

President Joe Biden’s administration has been shipping free COVID tests since January. At the time, Politico reported the federal government was under contract to purchase 420 million tests and the administration’s ultimate aim was to procure 1 billion tests. The program’s estimated cost was $4 billion.

Since May, the website has managed the third round of orders for free COVID-19 tests. Americans have been permitted to order three tests each round and can have received a total of 16 tests per person.

In June, the Biden administration began specifically offering at-home tests that are designed to work with a smartphone app. These tests are currently out of stock.

“In March, the White House asked Congress for an additional $22.5 billion in funding for Covid relief efforts, warning that it would be unable to sustain testing capacity without it,” stated CNBC. “But an impasse resulted in the funding, which the Biden administration also intended to use for research and treatments, not being granted.”

Other COVID-19 testing programs subsidized by the federal government are also likely to end this year without legislative intervention.

“The Centers for Disease Control and Prevention’s Operation Expanded Testing, which provided free lab tests to places like schools and shelters, will stop offering the service at the end of the year,” reports CBS News. “A program from the Health Resources and Services Administration to reimburse providers for giving testing to uninsured Americans lapsed in March, ‘due to a lack of sufficient funds.’”

Fewer COVID-19 tests are being conducted daily nationwide than at most other points of the pandemic, according to data from Johns Hopkins University. On Aug. 28, just over 95,100 tests were conducted with the positivity rate at -4.6%. 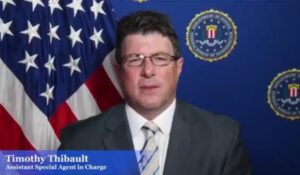