On Thursday, the Biden administration released a series of documents supporting gender-reassignment surgery and hormone treatments for minors, part of a focus on the International Transgender Day of Visibility.

The White House released a Fact Sheet detailing its support of multiple transgender initiatives. Among them was a change in the Department of Homeland Security, allowing individuals to select “X” as their sex for items such as passport applications.

Most significant among the White House announcements was the release of material supporting the surgical and hormonal therapies for transgender children.

A document titled “Gender Affirming Care and Young People” was issued by the Department of Health and Human Services’ Office of Population Affairs (OPA).

The NCTSN went a bit further than the OPA document, expressing support for hormone therapy for minors.

“For transgender and nonbinary children and adolescents, early gender-affirming care is crucial to overall health and well-being as it allows the child or adolescent to focus on social transitions and can increase their confidence while navigating the healthcare system,” the NCTSN release states. “It may include evidence-based interventions such as puberty blockers and gender-affirming hormones.”

The documents from the NCTSN also stated that such practices are not and would not be classified as abuse of minors:

“Providing gender-affirming care is neither child maltreatment nor malpractice. The child welfare system in the US, charged with ‘improv(ing) the overall health and well-being of our nation’s children and families,’ should not be used to deny care or separate families working to make the best decisions for their children’s well-being. There is no scientifically sound research showing negative impacts from providing gender-affirming care.” 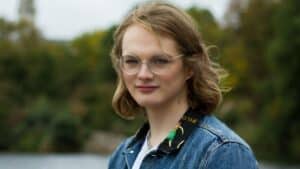