The Biden Administration collected information on nearly 55 million gun owners during the past year.

Documents from the Bureau of Alcohol, Tobacco, and Firearms processed 53.7 million out-of-business records during 2021.

“When a licensed gun store goes out of business, its private records detailing gun transactions become ATF property and are stored at a federal site in West Virginia,” reported The Washington Free Beacon. “This practice allows the federal government to stockpile scores of gun records and has drawn outrage from gun advocacy groups that say the government is using this information to create a national database of gun owners — which has long been prohibited under U.S. law.”

Because of this practice, the ATF took possession of 53.8 million paper records and another 887,000 electronic records during 2021.

Under the Gun Control Act of 1968, when a licensed firearm dealer goes out of business, they are required to provide the ATF with their records. The records are subsequently turned into images before physical records are destroyed. Gun shops are not required to keep their records after 20 years. The ATF’s data system cannot be searched by a purchaser’s name.

“We compare it to an electronic card catalog system, where records are digitally imaged, but not optimized for character recognition,” ATF spokesman Corey Ray told The Trace in 2016.

Aidan Johnston, director of federal affairs for the Gun Owners of America, told the Free Beacon:

“As if the addition of over 50 million records to an ATF gun registry wasn’t unconstitutional or illegal enough, the Biden administration’s misuse of ‘out-of-business’ records doesn’t end there. Instead of maintaining the right of [licensed firearm dealers] to destroy Firearm Transaction Records after 20 years, buried within Biden’s proposed regulations is a provision that would mean every single Firearm Transaction Record going forward would eventually be sent to ATF’s registry in West Virginia.”

The records are stored at the National Trace Center in Martinsburg, West Virginia. The agency has collected over 285 million records, including about 20,000 boxes of physical records. According to The New York Times, the ATF has so many records stored in its West Virginia site that several years ago the floor collapsed.

The contentious issue of gun registration is regarded as a necessary protocol by gun-control advocates and a red flag by many gun owners. 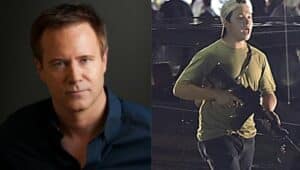