The Biden administration directed federal agencies to remove official reports from their websites detailing the $82.9 billion in military equipment and training provided to the Afghan military since 2001.

“Public links to reports about the tens of billions of dollars in equipment published by multiple agencies, including Special Inspector General for Afghanistan Reconstruction and the Governmental Accountability Office, are now dead,” the Washington Examiner reported.

“The safety of our Afghan contacts is of utmost importance to us,” a State Department spokesperson told the Washington Examiner in a statement. “The State Department advised other federal agencies to review their web properties for content that highlights cooperation/participation between an Afghan citizen and the USG or a USG partner and remove from public view if it poses a security risk.”

It should be noted that the Biden administration potentially put these partners at risk when it provided the Taliban with lists of Afghans who assisted the United States.

Further, as Forbes noted, the State Department directed the removal of reports that “merely quantified military equipment without identifying personnel.”

#1. Government Accountability Office (GAO): OpenTheBooks.com reposted an audit of U.S. provided military gear in Afghanistan (August 2017) after it was removed from its official location.

#2. Special Inspector General For Afghanistan Reconstruction (SIGAR): OpenTheBooks.com reposted an audit of $174 million in lost ScanEagle drones (July 2020) after the report was removed from its official location.

Some of the removed reports include details of night vision devices, grenades, Black Hawk helicopters, and armored vehicles. According to OpenTheBooks.com founder Adam Andrzejewski, the reports quantified 75,000 vehicles, 600,000 weapons and 208 aircraft left in Afghanistan after the Taliban conquered the country.

“We built a pretty amazing war chest and now all of it is in the hands of the Taliban,” Andrzejewski said. 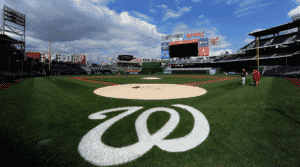 Washington Nationals Dismiss Staff Members Who Refuse to Get Vaccinated