'We continue to believe it is inconsistent with Ben & Jerry's values for our ice cream to be sold in the Occupied Palestinian Territory,' the company said

Over a year after Ben & Jerry’s announced it would discontinue sales in the West Bank, the ice cream company’s business ventures in Israel have been sold.

Unilever, which owns Ben & Jerry’s, sold the brand’s Israeli presence to Avi Zinger, the owner of Israel-based licensee American Quality Products, in order to keep the brand’s products “available to all consumers.”

“Under the terms of Unilever’s acquisition agreement of Ben & Jerry’s in 2000, Ben & Jerry’s and its independent Board were granted rights to take decisions about its social mission, but Unilever reserved primary responsibility for financial and operational decisions and therefore has the right to enter this arrangement,” Unilever said in a statement on June 30.

“Unilever rejects completely and repudiates unequivocally any form of discrimination or intolerance. Antisemitism has no place in any society,” the company added. “We have never expressed any support for the Boycott Divestment Sanctions (BDS) movement and have no intention of changing that position.”

In July of 2021, Ben & Jerry’s announced it would boycott the sale of its products in the West Bank and East Jerusalem area because of “an internationally recognized illegal occupation,” according to the Daily Caller.  The company’s announcement came just after the 11-day war between Israel and Gaza ended.

“We believe it is inconsistent with our values for Ben & Jerry’s ice cream to be sold in the Occupied Palestinian Territory,” Ben & Jerry’s said in a statement at the time.

“The Vermont-based ice cream brand has long boasted a history of activism, most recently lobbying congress for gun control reform after the mass shootings in Buffalo, New York and Uvalde, Texas,” per Tasting Table.

The decision faced backlash as an antisemitic and discriminatory move. The United States Department of State denounced the boycott because it “unfairly singles out Israel.”

Ben Cohen and Jerry Greenfield, the brand’s founders who are both Jewish, have denied allegations of antisemitism.

US State Department on @benandjerrys: We firmly reject the BDS movement, which unfairly singles out Israel.”

Following the agreement reached with Unilever, Zinger will sell the ice cream with Arabic and Hebrew labels rather than the English name.

“We get to go back to what we love doing — making and selling good ice cream,” he said during an interview with Israel’s Army Radio. 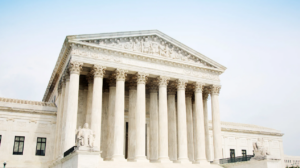