After an investigation by 20th Television, 'the decision was made to terminate his employment as an executive producer and director'

On Friday, actor Fred Savage was fired as executive producer and director of ABC’s reboot of The Wonder Years after allegations of inappropriate conduct, according to a spokesman for 20th Television.

The production company, 20th Television, did not disclose the details of the allegations.

Savage starred in the original series in the late ’80s and early ’90s. He was known for playing the main character, Kevin Arnold. He has served as the executive producer and director of the show’s reboot, which debuted last year.

“Recently, we were made aware of allegations of inappropriate conduct by Fred Savage, and as is policy, an investigation was launched,” a spokesman for 20th Television said in a statement, according to Deadline.

“Upon its completion, the decision was made to terminate his employment as an executive producer and director of ‘The Wonder Years.'”

The actress who played Savage’s mother on the original show, Alley Mills, said in 2018 that the series was canceled back in 1993 over a “completely ridiculous sexual harassment suit that was going on against Fred Savage.”

In 1993, costume manager Monique Long filed a sexual harassment lawsuit against 16-year-old Savage. Long accused the actor of verbally and physically harassing her. Long claimed she couldn’t do her job correctly as a result and was fired.

The show’s reboot features a Black family in Montgomery, Alabama, set in the 1960s. The series is narrated by Don Cheadle as the adult of the 12-year-old character Dean Williams, following the style of the original show.

The new series stars Elisha “EJ” Williams as Dean. Dulé Hill and Saycon Sengbloh star as his parents, with Laura Kariuki starring as his sister.

The original The Wonder Years ran from 1988 to 1993. The show won an Emmy for outstanding comedy in 1988. Savage was also nominated for two Emmys but did not win.

Savage has since been a director and producer and has spent less time in front of the camera. He has worked on multiple series, including “It’s Always Sunny in Philadelphia,” “Modern Family,” “Friends From College,” and many others. 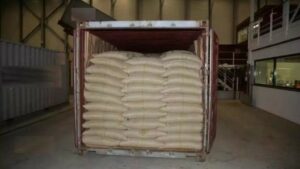 Half Ton of Cocaine, Worth $50 Million, Found In Swiss Nespresso Factory