The athlete, withdrawn from the competition by her coaches, was set to fly home Sunday night

A Belarusian Olympic sprinter said she was being forced to leave Japan against her will on Sunday.

Reuters reports: “Tsimanouskaya said coaching staff had come to her room on Sunday and told her to pack. She said she was then taken to Haneda airport by representatives of the Belarusian Olympic team. But she refused to board the flight.”

“I will not return to Belarus,” she said in a Telegram message to the outlet.

The Belarusian Olympic Committee said in a statement that they withdrew the sprinter from the Olympic games following concerns from doctors about her “emotional [and] psychological state.”

“On Monday, the International Olympic Committee (IOC) spokesperson said it had taken a number of actions against Belarus’ Olympic Committee in the run up to the Games following nationwide protests in the country,” per the National Post.

This includes the IOC’s refusal to recognize President Alexander Lukashenko and his son, Viktor, as head of the country’s Olympic Committee in March. Both are banned from attending the games.

The move followed athlete complaints “that they faced reprisals and intimidation during the crackdown following the wave of anti-government protests over the last year,” notes AP.

President Lukashenko has been in power for 25 years.

According to the Saint Louis Post-Dispatch, “athletes seeking asylum at global sporting events is nothing new. It was especially frequent during the Cold War but has also happened occasionally in the decades since. As many as 117 athletes defected at the Munich Olympics in 1972, for instance, according to reports at the time. At least four Romanians and a Soviet associated with the Olympics defected at the Montreal Games in 1976. And Cuban athletes have frequently done so.”

Tsimanouskaya was offered support from multiple nations, including Poland and the Czech Republic.

Poland 🇵🇱 is ready to help Kryscina Tsimanouskaya a Belarusian athlete ordered by the Lukashenka regime to return form Olympic Games to Minsk. She was offered a humanitarian visa and is free to pursue her sporting career in Poland if she so chooses.

“I am afraid that I might be jailed in Belarus,” Timanovskaya said while speaking with Tribuna, the Belarusian sports news site. “I am not afraid of being fired or kicked out of the national team. I’m concerned about my safety. And I think that at the moment it is not safe for me in Belarus.”

Tsimanouskaya was startled to find her coaches had her added to the 4X400 meter race last week. In an Instagram post on Friday, she wrote “I would never in my life begin to react so harshly if they would come up to me in advance, explain the situation and find out if I can run 400 meters and I am ready? But they decided to do everything behind my back despite the fact that I tried to find out this information but was only ignored.”

Her online comment appears to be what triggered the Belarusian Olympic Committee to withdraw her and attempt to send her home.

The 24-year-old was due to compete in the women’s 200-meter event on Monday before her coaches withdrew her from the competition. 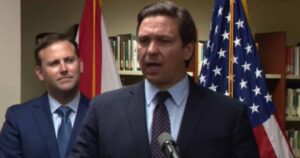