Despite a standing legal battle to block enforcement of the new law, SB184 has officially gone into effect in the state

On Sunday, an Alabama law that makes it a felony to provide medical transgender treatment to minors took effect despite a federal judge weighing whether to grant a motion for a temporary hold.

State Bill 184 makes it a crime punishable by up to 10 years in prison if someone provides puberty blockers, hormones, and medical procedures to a minor.

“No other state has ever passed a law like the Alabama Vulnerable Child Compassion and Protection Act and for good reason. The Act takes the unprecedented step of taking away the opportunity for parents to obtain well established medical care for their children,” lawyers for plaintiffs said.

U.S. District Judge Liles Burke has not indicated when he will rule on the motion seeking to temporarily halt enforcement of the ban despite two days of hearings and public testimony.

During two days of testimony, both sides presented their arguments.

Dr. Morissa Ladinsky, a pediatrician who founded a Birmingham medical team that treats children with gender dysphoria, said taking away the medications may cause an increase in mental health problems and suicide for transgender youth.

“That will take these youth to very dark places,” she said.

The Alabama attorney general’s office argued that the treatments are the product of ideology and that the science is unsettled. “If the court enjoins this act, Alabama children face irreversible damage from unproven, sterilizing, and permanently scarring medical interventions pushed by ideological interest groups,” the lawyers noted.

The state is asking Burke to allow the law to go into effect.

On April 8, 2022, Alabama’s Governor Kay Ivey signed the legislation, which the State’s House passed in a vote of 66-28.

Representative Neil Rafferty expressed his opposition to the measure prior to the April vote.

However, Representative Wes Allen, sponsor of the House version of the bill, argued that transgender youth are not old enough to decide about gender-affirming treatments.

“Their brains are not developed to make the decisions long term about what these medications and surgeries do to their body,” Allen said. 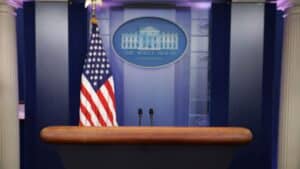