A Baltimore police officer is on life support after being shot multiple times during an ambush attack on Thursday.

Police Commissioner Michael Harrison said during a press conference that the officer was sitting in their patrol car around 1:30 a.m. when he was ambushed in Curtis Bay.

The suspect reportedly approached the vehicle from behind and began shooting the officer.

“We have a coward on the loose in Baltimore that we must and will find,” Mayor Brandon Scott said, according to a report from the Baltimore Sun.

“The officer, who was not identified by name or even gender, was found by other officers in a patrol car after it apparently accelerated and crashed following the shooting. A video posted to social media of the apparent aftermath showed a patrol car on a playground at Curtis Bay Park,” the report continued.

The person who filmed the aftermath urged people not to report the shooting because he claimed that police “harass people” in that neighborhood.

“Don’t call the police, don’t,” the man says in the video.

A man named Kevin Kreamer who lives across the street from the park told the paper that his wife heard four of five shots before the crash.

The officer is currently being treated at Maryland Shock Trauma and remains in critical condition after having multiple surgeries. The injuries are considered to be life threatening.

The shooter remained at large as of Thursday afternoon and Mayor Scott is pleading with the public for any information that may help track them down.

“We don’t give a damn how we get it,” Scott reportedly said. 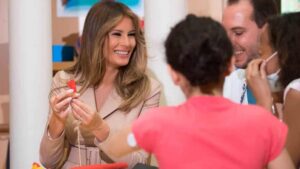