Out-of-stock numbers have reached as high as 54% in some states, while prices are surging nearly 18% nationwide

A baby formula shortage is beginning to impact families across the United States, with twelve or more states facing a critically low supply.

Parents across the country are taking to social media to share their concerns and post pictures of empty shelves.

If the MSM can talk about the toilet paper shortage ever hour, they should be talking about the baby formula shortage at least… we ended finding the Amazon brand online but not everyone is so lucky to be able to feed that. Please share. This is every store! pic.twitter.com/jYBHSAlZiy

About three-quarters of U.S. babies receive formula within their first six months, but it is becoming more difficult to find.

The shortage began during the height of the pandemic. But it was made worse following a February recall from Abbott Labs of Alimentum, Similac, and EleCare formulas. The recall came as a result of five infants who used the formula contracted a Cronobacter sakazakii infection. One of the infants died as a result.

Since the recall, average out-of-stock levels jumped as much as 9%, surging to about 40% throughout April, with some states seeing a shortage as high as 54% out-of-stock numbers.

In April, drugstore chains Walgreens and CVS Health, and department store Target began to put limits on how many baby formula products consumers can purchase at one time.

According to a statement given to NBC News, Walgreens said, “Due to increased demand and various supplier challenges, infant and toddler formulas are seeing constraints across the country.”

Walgreens also said, “Similar to other retailers, we put into effect purchase limits of three per transaction on all infant and toddler formula to help improve inventory. We continue to work diligently with our supplier partners to best meet customer demands.”

Prices of baby formula have also spiked, with the  average cost increasing as much as 18% over the last 12 months.

Supply chain issues, including difficulty procuring key ingredients, packaging production, and labor shortages, have impacted the distribution and pricing factors. The surge in fuel costs in the country has contributed to the rise in prices as well.

According to a report by CBS News and information gathered from analyst DataSembly, over 50% of formula was out of stock as of late April. States such as Iowa, South Dakota, and North Dakota have seen shortages in supply reach as high as 50%-51%.

However, levels are even worse, up to 54%, in Missouri, Texas, and Tennessee. On average, about 26 states see between 40%-50% of baby formula products out-of-stock.

Devon Davito, a Florida mother of a 9-month-old baby, told the local ABC affiliate that she has to go to “six stores to sometimes” find the formula she needs. She told the outlet that a three-week supply of the formula cost her family about $300. 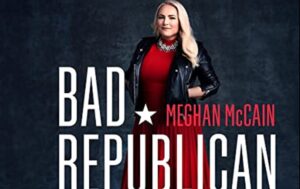