Ducey said the move ‘provides clarity to Arizona law on how officials process ... applications that lack evidence of citizenship’

The state’s legislature passed the legislation earlier this week without the support of House Democrats.

Under HB 2492, an individual must reside in Arizona for at least 19 days prior to an election and must provide proof that they are a citizen of the United State to register.

“Election integrity means counting every lawful vote and prohibiting any attempt to illegally cast a vote,” Governor Ducey said in a written explanation for his support of the new law, which he signed on March 30.

In addition to defining all the accepted forms of “evidence of citizenship,” the bill also states that “any county recorder or other officer in charge of elections who knowingly fails to reject an application for registration” that does not meet the requirements “is guilty of a Class 6 felony.”

The bill challenges voter registration via a form created by the Election Assistance Commission that enables people to vote in federal elections. On that form, applicants are only asked to avow they are American citizens without providing proof. An estimated 11,600 people in Arizona used the form to register to vote before the 2020 election.

Representative Jake Hoffman, who introduced the bill in January, “contends the state can impose the new requirement despite a 2013 ruling by the U.S. Supreme Court that struck down efforts by the state to impose similar requirements,” per Tuscon.com.

Ducey’s office said in a news release that the new law was part of the governor’s ongoing effort to ensure election integrity in the state.

In total, he has signed 16 bills during the 2021 Legislative Session designed to protect Arizona voters. Among them were SB 1002 “to specify that the early ballot envelope must also not reveal the voter’s political party affiliation” and SB 1003 “to require the county recorder or other officer in charge of elections to make reasonable efforts to contact the elector and advise them of the missing signature on an early ballot envelope.” 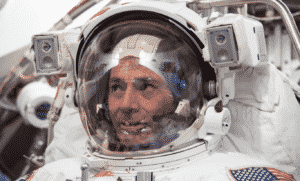 US Astronaut Returns to Earth in Russia Capsule