An Australian man has been convicted of murdering his wife 40 years ago — after a popular podcast prompted a new investigation.

Christopher Dawson, 74, was arrested for murder after being featured on the wildly popular “The Teacher’s Pet” podcast by award-winning Australian journalist Hedley Thomas.

The 16-part podcast has been listened to over 60 million times worldwide since it was launched in 2018.

The show had outlined a case against Dawson, circumstantially implicating him in the January 1982 disappearance of his wife, Lynette.

At the time of Lynette’s disappearance, Dawson was a high school teacher and having an affair with a student who was also their children’s babysitter.

On January 8, 1982, Lynette was supposed to meet with her family. She had confirmed plans with her mother the day before — but she never arrived.

Dawson did not report his wife missing until six weeks later, on February 18.

Lynette has not been found to this day.

On Tuesday, Justice Ian Harrison found that the teacher was “obsessed” with the student, who was under 17 and referred to only as J.C. during the trial. In his ruling, he said that he believed Lynette was murdered because her husband feared losing his student lover and that he wanted her as a “replacement” wife.

J.C. was moved into the family’s home two days after Lynette disappeared.

Two years after his wife’s death, Dawson married the former student. They had one child and divorced in 1990.

During the trial, J.C. testified that she was “groomed” by the teacher and treated like a “slave” after his wife’s disappearance.

The judge referred to Dawson’s claims about his wife running away with a cult as “absurd” and “fanciful.”

Dawson is now facing up to life in prison. A sentencing date had not been set at time of publishing.

Lynette’s brother celebrated the ruling, but pleaded with Dawson to “finally do the decent thing” and “allow us to bring Lynette home to a peaceful rest, finally showing her some dignity she deserves,” according to a report from the BBC. 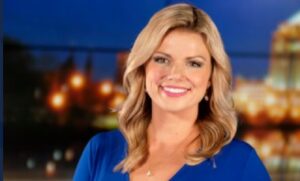