Amid the struggles of labor shortages and the woes of the nation's pandemic, the Army is working to entice new recruits

The US Army is working to overcome the nation’s labor shortage with its most significant bonus ever — $50,000.

In a release from the Army on Wednesday, military officials said the incentive had been created for qualified recruits who sign up for specific career paths and agree to active-duty six-year enlistments. The bonus is intended to attract the “same talent” that private companies are working to capture.

Maj. Gen. Kevin Vereen, head of Army Recruiting Command, told the AP Wednesday that changes in the nation’s job market and education system have posed significant challenges for Army recruiters. The first quarter of the year is a historically tough time to recruit. The Army hopes that some extra cash and a few incentives will entice qualified young people to sign up.

“We are still living the implications of 2020 and the onset of COVID when the school systems basically shut down. We lost a full class of young men and women that we didn’t have contact with, face-to-face,” Vereen said.

The two-year-long pandemic has made recruiting more challenging in schools and at public events. Plus, the competition for quality workers has intensified as young people have been open to more non-traditional career paths.

While fearful of getting sick or being unable to find child care, millions of people in the US have quit their jobs in the last year. Multiple corporations have responded with sign-on bonuses, significant raises, and other benefit-based enticements.

Companies such as Target and Walmart announced employee reimbursement programs. Many restaurants groups began offering 401(k) retirement accounts. While many larger professional corporations such as banks have turned to remote positions.

As for the Army, enlistment bonuses previously maxed out at $40,000. But with full and part-time positions vacant across 150 areas of the armed forces, military officials increased incentive packages by $10,000.

For example, a new recruit who enlists for a six-year commitment as an air and missile defense crewmember would typically earn a $40,000 bonus.

The military is now offering a $9,000 “critical accession” bonus for the position and $1,000 more if the recruit attends training within 90 days. 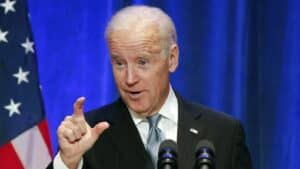