ARMY declines exemption requests at a rate of 99 percent

The United States Army has begun its purge of soldiers who declined to take the COVID-19 vaccine.

As of July 8, 40,000 National Guard troops and 22,000 Reserve soldiers who have refused the vaccine have been relieved from military duty, effectively cutting them off from some of their military benefits, according to Military.com.

“Soldiers who refuse the vaccination order without an approved or pending exemption request are subject to adverse administrative actions, including flags, bars to service, and official reprimands,” an Army spokesperson said.

Soldiers who continue to decline the vaccination order without an exemption (which are rarely granted) could be subject to additional “adverse administrative action, including separation,” according to the spokesperson.

To date, only six National Guard soldiers and no Reserve soldiers have been approved for an exemption, according to The Western Journal.

They also reported that the Army is denying more than 99 percent of exemption requests.

Troops who are still going through the process to receive an exemption are permitted to attend camp and receive pay.

Soldiers who refuse vaccination against COVID-19 likely do so over safety concerns, based on the testimony of multiple Department of Defense (DoD) whistleblowers.

Senator Ron Johnson sent a letter to Defense Secretary Lloyd Austin informing him that DoD personnel had briefed the senator on explosive information about adverse events and “dramatic increases in medical diagnoses among military personnel” since the vaccine rollout.

Compared to a the previous five-year average, the data showed:

The Army’s troop purge comes at a time when U.S. Armed Forces are struggling to find new recruits.

“This is the start of a long drought for military recruiting,” Ret. Lt. Gen. Thomas Spoehr of the Heritage Foundation told NBC News.

More young men and women are being disqualified for obesity, drug use, and criminal records, reducing the pool of eligible applicants to the military.

In June, Army Chief of Staff Gen. James McConville testified before Congress that only 23 percent of Americans aged 17 – 24 are qualified to serve without a waiver. NBC News also found that only nine percent of those Americans eligible to serve had any interest in doing so. 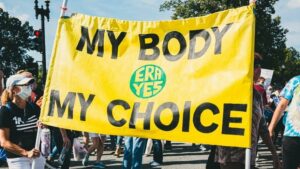