Three Republican-led states have filed a lawsuit against the federal government after the Biden administration moved to repeal Title 42.

Title 42 permitted United State border agents to immediately deport anyone who illegally crossed the border to prevent the spread of COVID-19. It was implemented under President Donald Trump and renewed by Biden in August of 2021. On April 1, the Centers for Disease Control and Prevention announced the policy would end on May 23.

“While the introduction, transmission, and spread of COVID-19 into the United States is likely to continue to some degree, the cross-border spread of COVID-19 due to covered noncitizens does not present the serious danger to public health that it once did, given the range of mitigation measures now available,” wrote CDC Director Rochelle Walensky in the directive.

In the lawsuit, officials from Arizona, Missouri and Louisiana argue the administration violated the Administrative Procedure Act.

“This suit challenges an imminent, man-made, self-inflicted calamity: the abrupt elimination of the only safety valve preventing this Administration’s disastrous border policies from devolving into an unmitigated chaos and catastrophe,” said the suit, signed by attorneys general Mark Brnovich of Arizona and Eric Schmitt of Missouri, along with Louisiana solicitor general Elizabeth Murrill.

Repealing the measure may lead to an increase in illegal border crossings and place additional strain on Customs and Border Patrol.

The lawsuit was filed in U.S. District Court in Louisiana. The states are seeking to compel the government to keep Title 42 in effect while the Western District Court of Louisiana conducts a comment period, which is required under the Administrative Procedure Act.

Since its implementation in March 2020, Title 42 has allowed border officials to expel illegal migrants 1.7 million times, 70% of which occurred during Biden’s term in office, per CBS News. 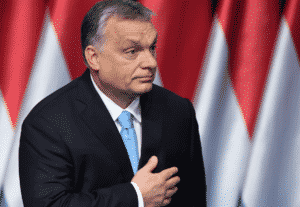