PHOENIX, Ariz.—A group of black leaders gathered outside the Arizona State Capitol on June 7 to raise awareness about how racially-targeted abortion impacts their community.

For Lori Zee Gray, Chairman of the Arizona Prenatal Nondiscrimination Alliance and co-sponsor of the event, the community issue takes on a personal dimension.

“There was a lot of pain. I was in some type of Twilight,” Gray told Timcast during an emotional interview. “What he had to do was go in, kill my baby, wait for it to die. And then go back in and cut my baby’s body apart and pull these pieces out.”

“That was the most violent 30 minutes of my life,” she said.

Gray grew up in Detroit, Michigan. As a young, healthy athlete, she played varsity basketball and earned straight A’s in school. Though some might assume that young black women who have abortions tend to grow up in poor, broken homes, this was not the case with Gray. She was raised in a nuclear family structure, with two loving parents who were entrepreneurs. Her first abortion was at the age of 16. Her second abortion was performed just a year later, with tragic consequences.

“I bled for three weeks. I didn’t tell my parents and it’s by the grace of God that I’m alive,” she said. The procedure damaged her cervix and left her unable to have children.

In April 2021, Arizona Gov. Doug Ducey signed anti-abortion legislation that outlawed abortions based on genetic abnormalities. The bill amended a previous state law that allowed prosecutors to bring charges against anyone who performed an abortion knowing the procedure was sought based on the sex or race of the child, or the race of a parent of that child.

Pro-abortion groups brought legal challenges seeking to overturn the law, which, if successful, could open the door to both pieces of legislation being struck down.

A week before it went into effect, U.S. District Judge Douglas Rayes blocked the law, stating its criminal provisions were likely constitutionally vague, “explaining it’s unclear at what point in the process doctors can be deemed to be aware that fetal genetic abnormality exists,” according to ABC News.

Opponents of the legislation believe lawmakers should not interfere with a woman’s decision regarding whether or not to carry her pregnancy to term if the fetus has been diagnosed with Down syndrome.

“There’s something condescending about these bans, suggesting people don’t have the ability to make their own decisions,” Holly Christensen, a teacher and newspaper columnist in Akron, Ohio, told the Associated Press.

Gray, along with several other black leaders in the state, sought to use news of the leaked Supreme Court draft decision and the Court’s much anticipated final ruling as an opportunity to draw attention to their cause.

“In the past, black women grieved as Democrat slave owners ripped children from their loving arms. But today, black women willfully enter doctor’s offices to have their children ripped [from] their bodies,” Kevin Jackson, political consultant and CEO of the Kevin Jackson Network, said at the press conference. “We live in a society where abortionists fight vehemently to free murderers from death row, but have no concern for the life of a child who’s harmed nobody.”

Gray said that following her abortions she was burdened with grief, self-hatred and years of psychological distress. She and her family regret that she went through the procedure and she wants to inform other women of her experience.

The American Civil Liberties Union denounced the Arizona bill, stating it “will undoubtedly have unintended consequences for people who experience pregnancy loss of any kind and will force people to carry pregnancies to term against their will.” 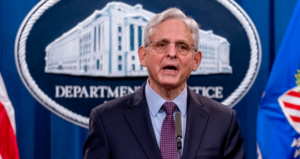