On Friday, the Bureau of Labor and Statistics (BLS) released the latest numbers for jobs added and wage growth for the nation that exceeded expectations in some areas and was disappointing in others.

According to the April report from BLS, the country added 428,000 jobs to the economy. This number was well above the 380,000 new jobs predicted.

The report did note an increase in the long-term unemployed numbers, which remains closer to 1.5 million. According to the BLS report, that number is 362,000 higher than in February of 2020. Long-term unemployment accounts for more than 25% of the total unemployed individuals in the country.

The report noted that 7.7% of all workers are currently working remotely. However, that number has dropped from the 10% reported last month. This indicates a trend of returning to the office for many Americans, as employers seek to fill their office buildings in a post-pandemic environment.

Roughly 1.7 million people reported that they could not work because their employer closed or reduced hours due to pandemic-related problems. This number was lower than the 2.5 million reported in the previous month.

The BLS jobs report noted that employment has remained down by 1.2 million jobs, or roughly 0.8% from the last pre-pandemic report in February 2020.

Other significant job growth sectors were finance, healthcare, and retail employment. In contrast, other sectors like construction, information-related services, and government jobs showed almost no growth in the last month.

The report also noted that the added jobs for the previous two months had been revised downward, with a total of 39,000 fewer jobs than previously reported.

The job growth comes with the U.S. economy experiencing its worst growth quarter since the start of the pandemic. GDP fell 1.4% for the January-through-March period. 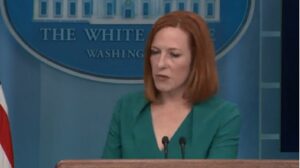