Apple Stops All Sales to Russia In Response to Ukrainian Invasion

The company has ended all sales to Russia, with actions including restrictions to Apple Pay, Apple Maps and more

On Tuesday, Apple suspended the sales of all its products in Russia in response to the country’s invasion of Ukraine.

While Apple currently has no physical shops in Russia, the company ships its products into the country via its online stores. Apple said it is taking “a number of actions” in response to last week’s Russian invasion.

“We are deeply concerned about the Russian invasion of Ukraine and stand with all of the people who are suffering as a result of the violence,” the company said in a statement on Tuesday.

Apple stated that it has halted all product sales in Russia and blocked all exports into its sales channel inside of Russia.

“RT News and Sputnik News are no longer available for download from the App Store outside Russia,” Apple said.

Apple also announced that it had disabled both traffic and live incidents inside of Apple Maps for Ukraine “as a safety and precautionary measure for Ukrainian citizens.”

Apple noted that its other services, such as Apple Pay, have been restricted in Russia. Customers at several banks in the country were already reporting that they could not use their bank cards with Google Pay and Apple Pay.

The actions by Apple come amid growing public pressure on American corporations to act against Russia in response to the invasion of Ukraine.

Ukraine’s Minister of Digital Transformation Mykhailo Fedorov tweeted a reply to Apple’s restrictions in Russia. Fedorov said that its CEO Tim Cook should “finish the job” and advised the company to “block” access to its app store in Russia.

YouTube has suspended several Russian media channels, including state-owned media outlet RT. The platform blocked the Russian entities from generating revenue on the platform, following a similar move by Facebook. 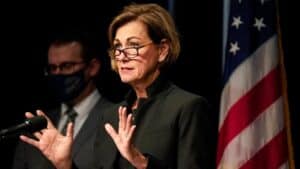