Apple's value has fallen 18% since January

Apple was displaced as the world’s most valuable company by an oil company.

Aramco, the Saudi Arabian oil firm, reached a $2.43 trillion market capitalization on May 12, reclaiming the number one spot two years after the tech company surpassed it.

Ultimately, the difference between the two companies is narrow. Apple is valued at about $2.37 trillion as of the close of trading on May 11.

“The trade-off of ranking signifies the shift in markets as the global economy tussles with inflation and ongoing supply chain constraints,” notes Entrepreneur. “The uncertainty of certain markets has prompted investors to move into assets that are perceived as lower risk in the current climate.”

Apple began 2022 in a stronger position and became the first company in the world to reach a value of $3 trillion. This week’s value marks an 18% decline from January.

The iPhone-maker recently announced employees must return to the office three days a week, causing conflict with its workers. Ian Goodfellow, the company’s most cited machine learning expert, opposed the change and quit.

“I believe strongly that more flexibility would have been the best policy for my team,” Goodfellow wrote in a note to staff on May 7, according to a report from The Verge.

Apple also discontinued its iPod, its revolutionary music device, after more than two decades. In its May 10 announcement, the company said that “the spirit of iPod lives on” and customers could find its music software on other Apple products.

The iPod touch 2019, the last version of the product, sold out in the U.S. in the subsequent two days.

Aramco CEO Amid Nasser told CNBC, “Our strong results are a testament to our financial discipline, flexibility through evolving market conditions and steadfast focus on our long-term growth strategy, which targets value growth for our shareholders.”

According to The Guardian, “Aramco has a particularly low cost of production, as much of its oil is in easy-to-tap fields onshore or in shallow waters. That boosts profitability at the company, which is still 95% owned by the Saudi government.”

Russia was the source of 11% of oil consumption and 17% of gas consumption globally in 2021, according to an analysis from Goldman Sachs. Western Europe receives 40% of the gas it consumes from Russia. 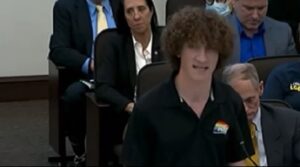