This weekend, Alexandria Ocasio-Cortez spent time campaigning in Texas, where she told the crowd that the state turning blue is “inevitable.”

“Texas turning blue — inevitable. Inevitable! It will happen. The only question is when,” she said at a campaign rally for two democratic candidates on Saturday.

“We are going to fight for a living wage. We’re going to make sure we unionize the hell out of this state,” she continued.

“We flip Texas, we flip the country,” @AOC says. pic.twitter.com/Eg3c1vUj7C

Ocasio-Cortez was in San Antonio to support the campaigns of Jessica Cisneros and Greg Casar. MySanAntonio.com said that Ocasio-Cortez told the crowd that the candidates have her support because they back Medicare for all, unions, and reproductive freedom.

Her endorsements of these candidates are in districts already held by Democratic candidates. Rather than flipping the seats, she hopes to hold them to keep her party’s majority in the House.

Cisneros hopes to defeat incumbent Democratic Representative Henry Cuellar in Texas’ 28th Congressional District, meaning that his victory there would make a change in the party’s delegation.

Ocasio Cortez said that she feels if the red state of Texas can flip, then the entire country can as well. Texas is the most populated red state in the nation. Texas currently holds 38 Electoral College votes and 36 representatives in the U.S. House.

The House representatives are currently split in Texas, 23 Republican and 13 Democrat.

Many Republicans believe that Hispanic voters’ preference for Republican ideals could help keep the state red.

In 2019, Republican Senator Ted Cruz said that the party could not afford to lose Texas to Democrats.

“If we lose Texas, it’s game over,” he said. “I don’t believe Texas will turn blue, but central to that is we’re going to have to work to communicate and turn people out.” 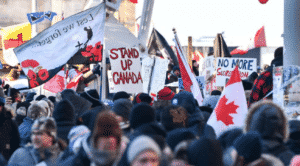