Another City in China Has Entered a Full Lockdown Over COVID

Anyang entered full lockdown on Monday as the city records 84 cases among its 5 million residents, part of China's Zero-COVID policy

Five million more people are forced to stay inside their homes as another Chinese city enters a COVID lockdown.

The city of Anyang was locked down after less than one hundred reported cases.

The move comes as Beijing prepares to host the Winter Olympics next month.

China is sticking to a zero-COVID strategy of targeted lockdowns, border restrictions, and lengthy quarantines.

While those measures have kept the number of new cases far lower than the United States and Europe, China is currently seeing new cases likely caused by the Omicron variant surge worldwide.

Omicron presents a fresh challenge to China because of its more transmissible characteristics. Two of the cases in Anyang have been linked to a cluster of outbreaks in Tianjin, more than 250 miles away.

China has clearly stated its dedication to the Zero-COVID policy, warning citizens they should not even assist any Winter Olympic vehicles involved in accidents to avoid breaking their “COVID-bubble” strategy.

The lockdown in Anyang was announced late Monday. According to state news agency Xinhua, officials issued a notice ordering residents not to leave their homes or drive cars on the roads.

All non-essential businesses have been closed. A mass-testing drive has been launched to respond to the situation and strictly prevent the spread of the Omicron virus outbreak.

Under the current lockdown, all schools and kindergartens have been closed.

According to the local news in Anyang, 58 new infections were reported, bringing the city’s total infections to 84 since Saturday.

Anyang had already restricted outbound travel. Local officials said this was meant to ensure that the outbreak did not spread to other regions of China.

Three other cities in Henan, near Anyang, are facing similar conditions. Zhengzhou, the provincial capital, is getting closer to a complete lockdown for its 13 million inhabitants.

Last week, the residents in Yuzhou were told to stay at home. Xi’an, home to 13 million people, is in its third week of lockdown. 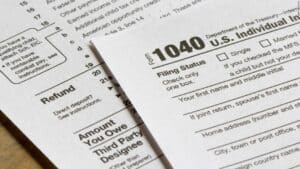