Former New York Governor Andrew Cuomo is hinting at a political comeback just months after resigning from office over allegations of sexual misconduct.

The Democrat was speaking at a church in Brooklyn, New York, over the weekend when he weighed-in on his future aspirations.

“The actions against me were prosecutorial misconduct,” Cuomo explained. “They used cancel culture to effectively overturn an election.”

“I didn’t appreciate how fast the perspectives changed,” he said. “I’ve learned a powerful lesson and paid a very high price for learning that lesson. God isn’t finished with me yet.”

“Any accusation can trigger condemnation without facts or due process,” he said. “We are a nation of laws, not a nation of tweets. Woe unto us if we allow that to become our new justice system.”

“The Bible teaches perseverance, it teaches us to get off the mat,” added the former Governor. “They broke my heart but they didn’t break my spirit. I want to take the energy that could have made me bitter and make us better.”

Several district attorneys in New York State have refused to prosecute Cuomo over claims of sexual harassment. Though they viewed the allegations as “credible,” they claimed the available evidence was not enough to pursue criminal charges in court. 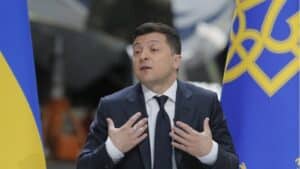